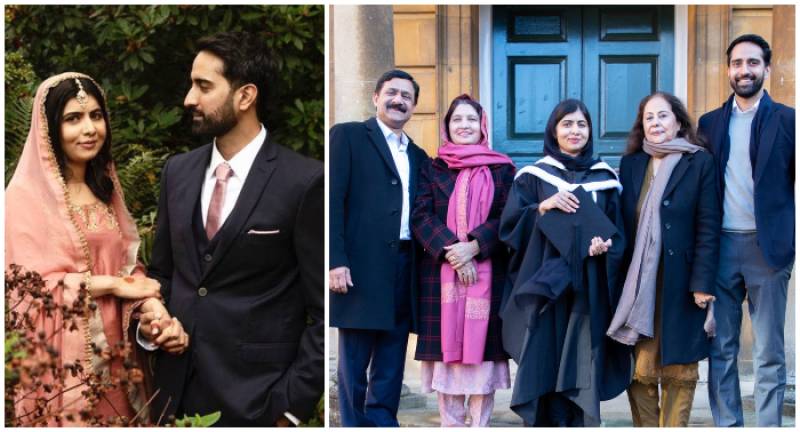 Her father Ziauddin Yousafzai shared a few pictures of the youngest activist dressed in a graduating gown posing for the camera with family and husband, Asser Malik.

Ziauddin captioned the beautiful portraits with a heartwarming note,  "A moment of joy and gratitude. Malala officially graduates from Oxford University."

A moment of joy and gratitude. @Malala officially graduates from @UniofOxford ????‍???? pic.twitter.com/bml76UHoiD

Malala's husband Asser Malik also posted pictures on joyous occasions and revealed the place where he first met his wife.

Asser, who is a senior executive at the Pakistan Cricket Board (PCB), took to Instagram and wrote "the place we first met felt a little more special".

Some Latin was said and apparently I have a degree ????‍????

The stunning couple can be seen together in one of the pictures, while in the other picture, they accompany their parents.

Earlier, Malala tied the knot with Asser during an intimate ceremony in Birmingham on November 9. After her wedding, the youngest Nobel peace prize winner appeared in several publications to talk about her experience and why she decided to tie the knot with Malik.