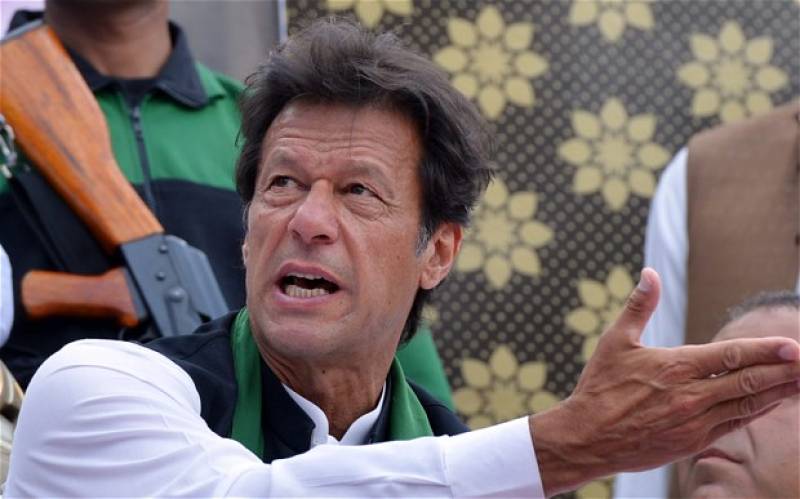 ISLAMABAD - PTI Chairman Imran Khan has urged all his workers hold massive nationwide protests on Friday against the police crackdown on PTI workers in Islamabad.

Talking to Samaa News shortly after the police crackdown, Imran Khan said “We are going to protest all over Pakistan tomorrow for the way they've manhandled our workers, including our women.”

“I was anticipating this, because they had panicked.”

November 2 will now be the biggest event in face of what happened today, he predicted.

“PMLN is a fascist party. Sharif brothers don’t even know the abc of democracy because they've been raised in the lap of a dictator’”

“They know that PTI has always been peaceful, they know they them-self attacked the PTV during the last sit-in,” he said.

“How much panicked a corrupt person gets when he gets exposed,” Khan said angrily. “This coward is so scared and wants to save his own corruption by taking these steps.”

“Protest is our right and protest is on, come what may,” he added.

Khans said that the sole purpose of Sharif brothers is to prepare their children for this monarchy as the supreme court put it.

To a question, he said that he wasn’t scared of going to jail. “For how long they'll put me in jail? I will come out and protest as long as I am alive.”