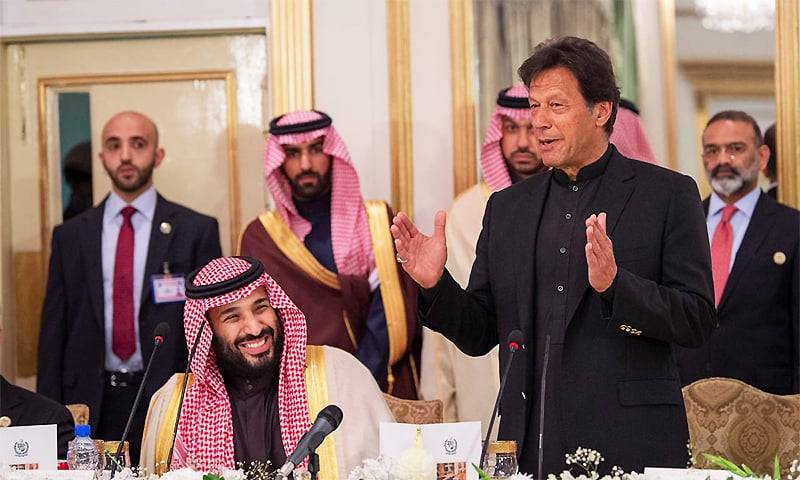 “I want to thank HRH Prince Mohammad bin Salman for supporting Pakistan with $3 billion as deposit in Pakistan's central bank and financing refined petroleum product with $1.2 billion,” the premier wrote on Twitter.

I want to thank HRH Prince Mohammad bin Salman for supporting Pak with $3 bn as deposit in Pak's central bank & financing refined petroleum product with $1.2 bn. KSA has always been there for Pak in our difficult times incl now when world confronts rising commodity prices.

Khan mentioned that Saudi Arabia has always been there for Pakistan in our difficult times including now when the world confronts rising commodity prices.

PM tweets came after Saudi Arabia agreed to revive its financial support to Pakistan, including $3 billion in safe deposits and $1.2 to $1.5 billion worth of oil supplies on deferred payments.

A statement issued by the Saudi Press Agency (SPA)cited “the Saudi Fund for Development (SFD) announced the issuance of the Royal Directive to deposit an amount worth $3 billion into the central bank of Pakistan, to help the Pakistani government support its foreign currency reserves and support it in facing the impacts of the coronavirus pandemic”.

“It pointed out that these royal directives confirm the Kingdom of Saudi Arabia's ongoing stance in supporting the economy of the sisterly Republic of Pakistan,” the statement further reads.

Meanwhile, Federal Minister for Energy Hammad Azhar also shared a tweet about the financial support from Kingdom, saying it will help ease pressures on our trade and forex accounts as a result of the global commodities price surge.

The Saudi Development Fund has generously announced for Pakistan an oil deferred payments facility of $1.2bn/annum and a $3 bn deposit with SBP. This will help ease pressures on our trade & forex accounts as a result of global commodities price surge.

The development came after Prime Minister Imran Khan returned from his three-day visit to the Kingdom, where he attended the launch of the Middle East Green Initiative (MGI) Summit held in Riyadh.

ISLAMABAD – The Saudi Development Fund (SDB) has announced a “generous directive” to deposit $3 ...

He visited the kingdom at the invitation of Crown Prince Mohammad bin Salman bin Abdul Aziz. Besides attending the summit, the premier also participated in the Pakistan-Saudi Investment Forum and met the Saudi leadership.