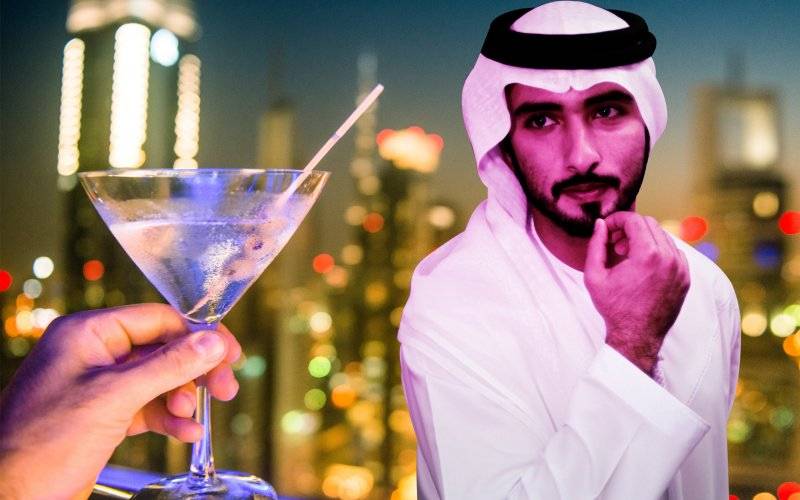 LONDON (Web Desk) - Did Majed Abulaziz Al-Saud, a 28-year-old Saudi prince, sexually accost five women at a Beverly Hills compound, as police are now investigating, and which the Daily Beast reported Friday? This scandal broke following the end of another reportedly scandalous life. On Monday, three days of mourning in Dubai ended, marking the end of the official grieving period for Sheikh Rashid, the fast-living eldest son of Dubai’s ruler, Sheikh Mohammed.

Rashid died, aged 33, of a heart attack on Friday last week, according to the official account.

The royal family of the oil-rich Emirate will no doubt be hoping that the conclusion of the mourning period will bring down the curtain on the many years of speculation that the charming and glamorous Prince Rashid, who lived a glittering life amply accessorized with racehorses, fast cars and beautiful women, was a persistent drug abuser and sex addict.

In London, citizens are well used to this nonsense. The playboys, from oil-rich countries such as Qatar, Saudi Arabia, UAE and Kuwait, fly the prized vehicles to London for the season, at a cost of around $30,000.

Indeed, Qatar Airways gives over entire jets to the transport of cars to and from the Middle East in the summer.

Daniel Hallworth, a fixer who specializes in the temporary importation of cars to Europe for Arab clients, says that the playboys who descend on London each summer are extremely rich and, although keen to flaunt their wealth, are also very private.

“Most of these guys are aged between 21 and 25, and there is serious oil money back home. They come to London to let their hair down, because life back home is actually very strict and quite dull. They don’t get to fly around and do crazy things. They come over here for the summer to have fun before they go back home and get married."

Princess Maha bint Mohammed bin Ahmad al-Sudairi, sister-in-law of the late King Abdullah, who reportedly attempted to flee Paris’s five-star Shangri-La Hotel, where she and her retinue had occupied 41 rooms for five months—leaving behind a bill of more than $7 million.

The bill was reportedly settled within 48 hours by senior figures in the Saudi royal family, and Maha has now been ‘grounded’ in Saudi Arabia in perpetuity.

Sheikh Rashid similarly fell into disfavor with his father, and was stripped of his order in the succession in 2008 in favor of his younger brother, Sheikh Hamden.

Rashid’s involvement in a homicide was said to be behind the change in succession, as revealed in a confidential memo sent from the US consulate in Dubai back to Washington published by Wikileaks.

Acting consul general David Williams wrote: “It is alleged that Rashid killed an assistant in the Ruler’s office, thereby forfeiting his opportunity to be heir.”

The astonishing claim was never proved.

In his final years, he was only infrequently allowed out of Dubai. The trips to London were curtailed. In 2011 a staff member told how he was sent to rehab by his family.

Meanwhile, the merry-go-round of money, bling, parties, and fast cars continues for his jet-setting compadres.