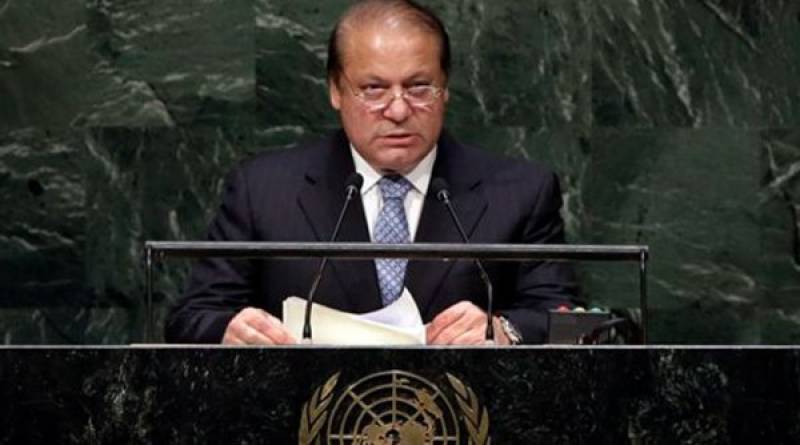 NEW YORK (Staff Report) - Prime Minister Nawaz Sharif is expected to address in English language at the 70th session of United Nations General Assembly (UNGA) despite order of Supreme Court of Pakistan which directed the President and Prime Minister to deliver speeches in Urdu language whether inside or outside the country.

During a press briefing  on Saturday evening, Foreign Secretary Aizaz Chaudhry hinted that PM Nawaz would deliver the speech in English language while responding to a question.

On the occasion Chaudhry once again dismissed any chance of meeting between Prime Minister Nawaz Sharif and his Indian counterpart Narendra Modi.

It is also pertinent to be mentioned here that Nawaz Sharif may once again face the charges of contempt of court for making his speech in English language instead of Urdu.

The premier will be addressing the 70th session of United Nations General Assembly (UNGA) in New York on 30th September.