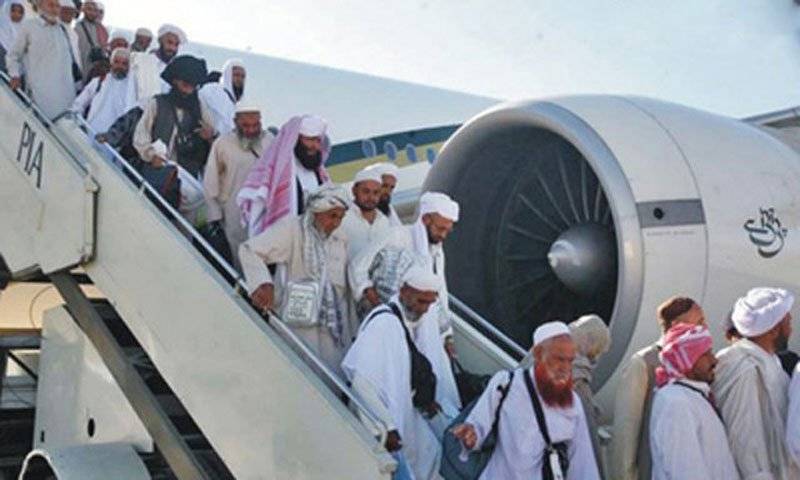 LAHORE (Staff Report) - Pakistani Hajis have started returning home as soon as the Haj rituals have ended in Saudi Arabia.

As many as thirty-five Pakistani Hajis arrived in Lahore early Sunday morning from Jeddah on a private airline. They were received by their loved ones at Lahore's Allama Iqbal International Airport.

Meanwhile Pakistan International Airlines (PIA) is also due to begin its post-Haj flight operation from Sunday night and the first flight expected to land in Lahore at 1:00AM (Monday).

Around 130,000 Pakistanis had travelled to Saudi Arabia to perform Haj rituals this year.