'The News' journalist Ahmad Noorani beaten up in Islamabad 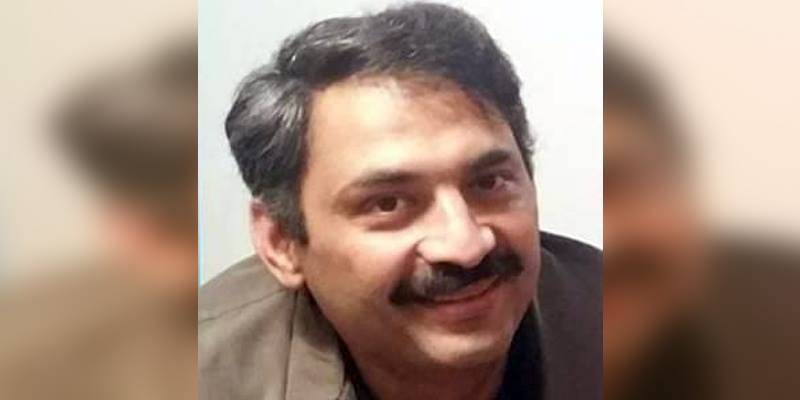 ISLAMABAD - Veteran reporter associated with 'The News', Ahmad Noorani, was assaulted by unidentified assailants in Islamabad on Friday.

According to reports, Noorani's car was intercepted by three motorcyclists near Zero Point Interchange while he was heading to Islamabad from Rawalpindi.

A total of six unidentified men got down from their motorcycles and tortured Noorani and his driver with iron rods after taking out the keys from the ignition switch.

The attackers sped away after onlookers started gathering at the site and traffic started coming to a halt on the busy intersection, Geo News reported.

Noorani, who lost consciousness, was taken to the Poly Clinic and is being administered first aid while the police are investigating the case.

Unknown people attack Ahmed Noorani of The News. Badly beaten him.He is in the hospital and unconscious. pic.twitter.com/cJAPwX53gY

Ahmad Noorani is beaten & wounded with head injuries. Taken to hospital. Intercepted and attacked near O-Point Urdu Un Isloo a while ago.

Ahmed Noorani, who has been critical of the state policies regarding foreign affairs and civil-military imbalance, left the microblogging site mysteriously on October 19.

As soon as the news of the assault on Noorani hit the headlines, journalists recorded their protest in droves to denounce the bid apparently aimed at thwarting freedom of speech.

Really shocked to see #AhmedNoorani in this condition-Media under fire again.U may differ but not silence by torture.
A bad omen for all.. https://t.co/PYpmiFegnm

Unfortunate to hear about attack on Ahmed noorani.. wrong at so many levels

Strong condemnation of attack on Ahmed Noorani.Any compromise on Freedom of Press and harrasment of Journalists is unacceptable!

Attack on Ahmed noorani is terrorism..we all condemn this.journalist must unite against this aggression.Real culprits shell b punished.

Strongly condemn the attack on journalist Ahmad Noorani, Dissenting voices cannot be coerced into silence like this.

This is horrendous!!! 😫
A msg is certainly conveyed!! https://t.co/oYS4TaWlp8

Assaulting journalists has become a routine here. Strongly condemn attack on Ahmed Noorani. There are cctv cameras in Isl. Govt must act

Condemn the attack on ahmed noorani. An attack on journalists is an attack on freedom of expression. Culprits must be identified & punished