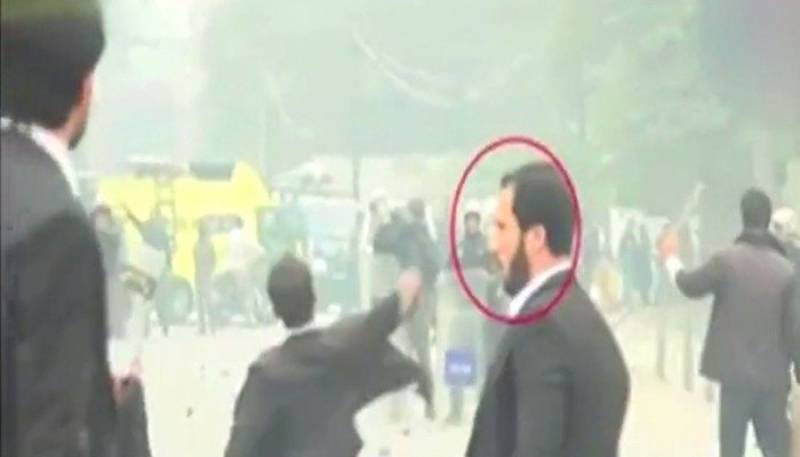 LAHORE - Police on Friday raided the residence of advocate Hassan Niazi for his alleged involvement in the lawyers’ violent protest at the Punjab Institute of Cardiology (PIC) on Wednesday.

Hassan, who is a nephew of Prime Minister Imran Khan, could not be arrested by the raiding party "as he was not at home", deputy inspector general (DIG) Investigations told media on Friday.

Police didn’t name Hassan Niazi in their case so far but believed he was among the lawyers who attacked the hospital, the DIG noted.

A group of more than 200 lawyers, who had an ongoing 'tussle' with the doctors of the PIC, had stormed the hospital, vandalised property and damaged dozens of vehicles. They also set ablaze a police van during their assault.

The cases have been registered under various sections of the Pakistan Penal Code, including 322 (qatl-bis-sabab), 452 (trespassing), 353 (assault to deter public servant from performing duty), 354 (assault on woman to outrage her modesty), 148 (rioting with deadly weapon), 395 (dacoity) as well as Section 7 of the Anti-Terrorism Act (ATA).