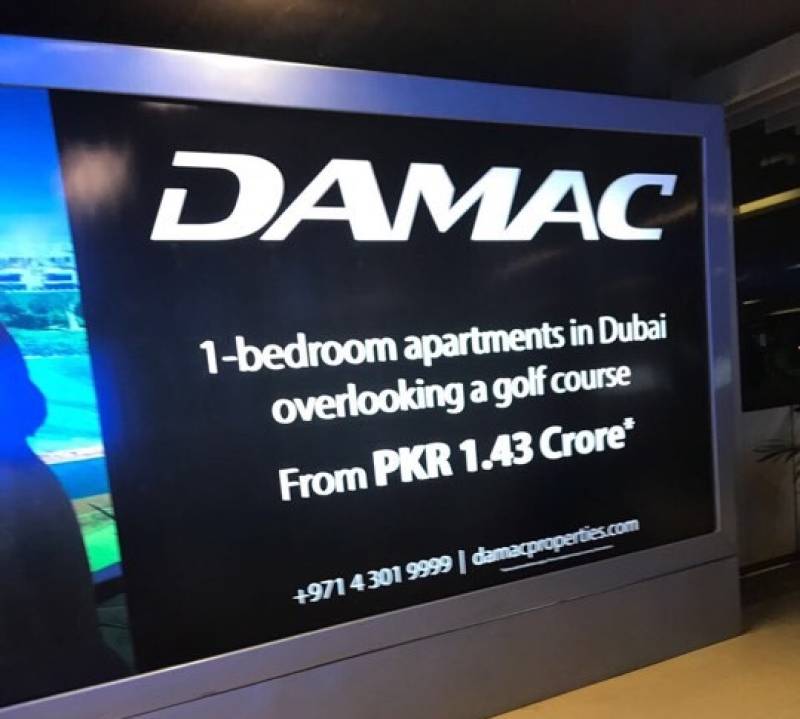 Damac properties, a property development company based in Dubai, is clearly making a mockery of Pakistan's policy to ban investment by citizens in real estate and property abroad.

The property developer giant has been actively advertising on social media, at airport, via seminars and different magazines, calling for investments in Dubai. In 2016, State Bank of Pakistan issued a policy, according to which a ban was proposed on residents of Pakistan to invest in the real estate and property abroad. The policy also proposed to make it mandatory for overseas Pakistani, who come back home permanently, to establish with documentary proofs that their properties abroad were financed through their earnings abroad.

However, it's unclear who gave permission to foreign company to put up advertisements in Pakistan, which encourages Pakistani residents to invest in Dubai's real estate, despite the ban.

National Assembly's Standing Committe on Finance sub-committee has recently, instructed National Accountability Bureau (NAB) to probe the huge investment of $8bn made by Pakistanis in real estate. The NAB will seek help from UAE authorities and ask for their support in this regard. The investigators will try to locate the investors.

According to Section 21 of the National Accountability Ordinance (NAO) 1999 or Anti-Money Laundering Act 2010, NAB has the right to seek information on investors from the foreign authorities.

The capital flight is a risk to economy of Pakistan, thus, measures has been taken to close the doors for it. However, the permission granted to foreign real estate companies to advertise and encourage to invest in Dubai is a contradiction to the policies.