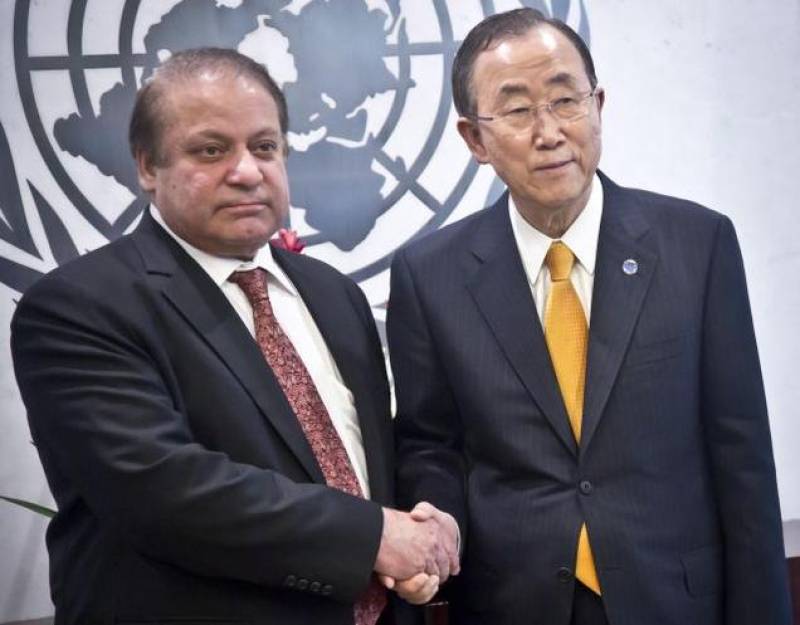 During a meeting at UN Headquarters the premier told Ban Ki-Moon that Indian aggression against Pakistan is a serious threat to the peace of South Asian region. Pakistan have been responding to Indian behavior with patience but it must considered as its weakness, he said.

He urged Mr Ban Ki-Moon to play his role in ending unprovoked ceasefire violations by India.

The Prime Minister also called for plebiscite for resolution of the longstanding issue of Jammu and Kashmir.

The UN Secretary General expressed his serious concerns over the situation along LoC and stressed both Pakistan and India to respect the sovereignty of each other. He urged them to follow the process of composite dialogue to resolve all outstanding issue.

Pakistan is a responsible and peaceful country and its role in improvement of the world cannot be ignored, he declared.

Prior to the meeting the Prime Minister Nawaz Sharif addressed a session of Global Leaders Meeting on Gender Equality and Women Empowerment. Pakistan is providing greater opportunities to women in all fields of life and it is determined to ensure more central role for women in political and economic spheres, he said.

The premier will be addressing the 70th session of United Nations General Assembly (UNGA) in New York on 30th September.

He is also scheduled to meet Chinese President Xi Jinping on September 28.