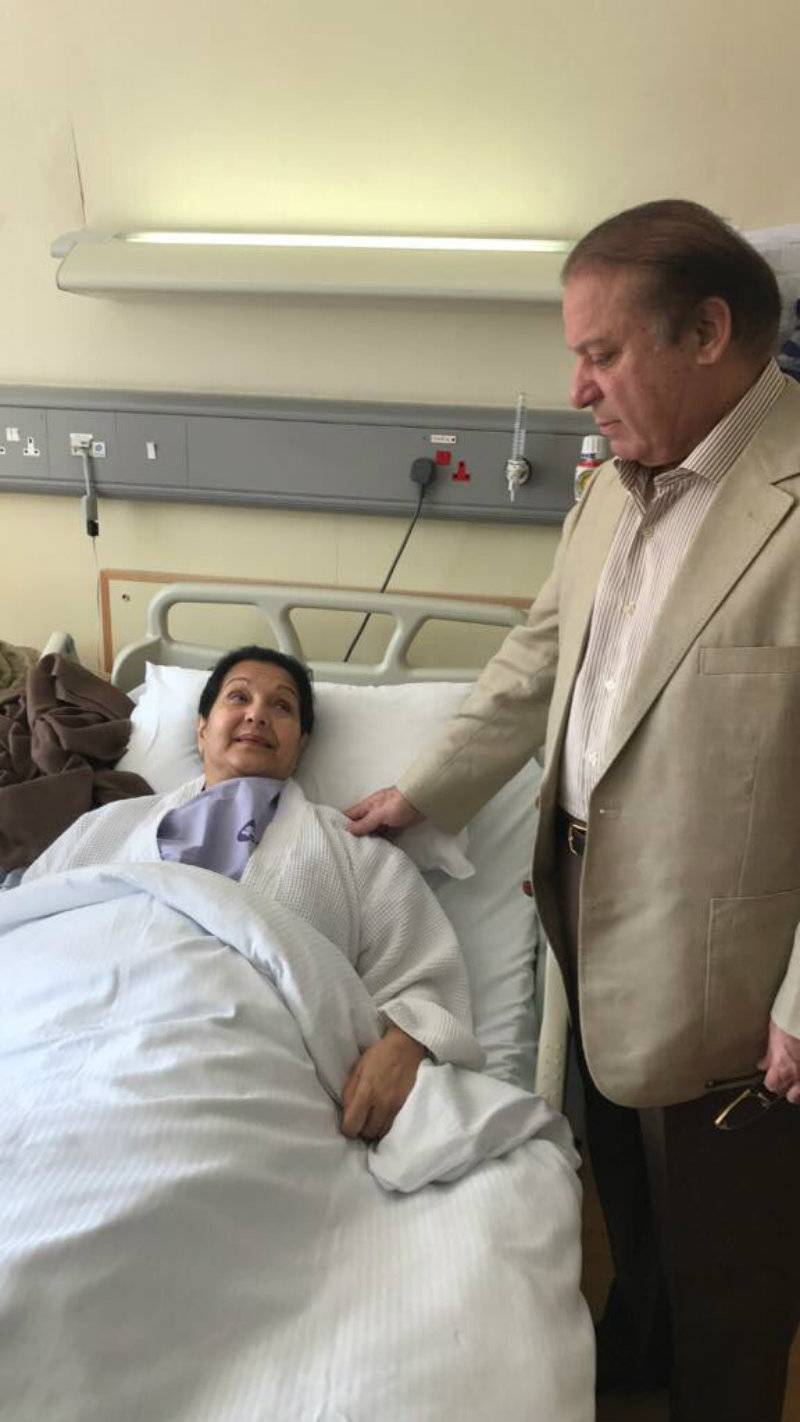 LONDON - The medical condition of Begum Kulsoom Nawaz deteriorated Tuesday evening following which she was readmitted to the hospital, said Maryam Nawaz in a tweet, a short while ago.

The former first daughter disclosed that her mother was taken to hospital where the doctors were trying to stabilize her condition.

Ami was taken & admitted to the hospital again late last night. Drs are trying to stabilise her condition. Request for prayers. Allahu Shafi

She also sought prayers for her ailing mother.

Kulsoom who is undergoing treatment at Princess Grace Hospital is accompanied by her daughter Maryam and sons Hussain and Hasan.

Last week, the wife of former Prime Minister Nawaz Sharif was discharged after she stayed in the hospital for two nights.

Maryam Nawaz had then announced the successful third surgery of her mother suffering from lymphoma.

Just brought Ami home. She is Alhamdolillah recovering well after her 3rd surgery. Jazak'Allah for your valuable prayers.

It is relevant to mention that former premier Nawaz Sharif is currently in Pakistan and rumours are rife that he would be heading to London in a day or so, although the accountability court has announced to indict him on October 2.