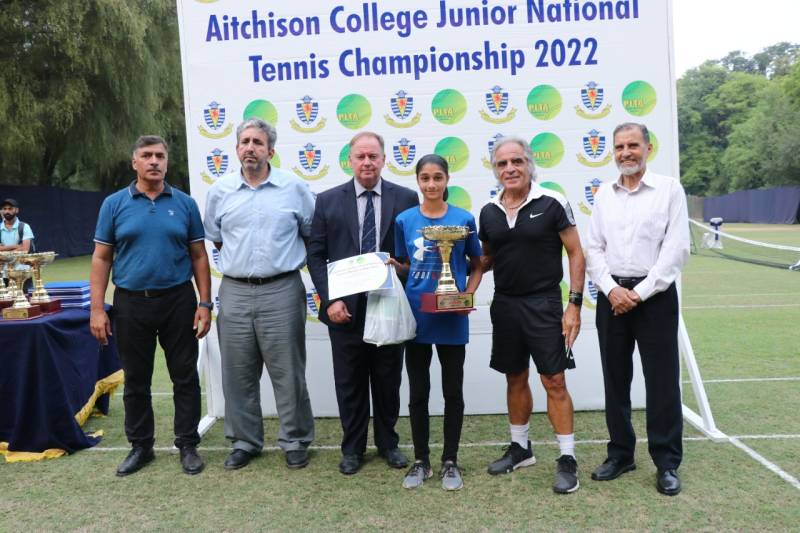 Talking to media after claiming a hat-trick of titles, Bilal Asim dedicated the first-ever grass court title to his mentor and coach Rashid Malik (Tamgh-e-Imtiaz), saying, "It was all due to able guidance and coaching of my coach Rashid Malik, who trained me well and transformed into a true champion. I am working very hard now and after dominating national junior circuit, I am keen to do well at Asian Level and win glories for the country."

Abubakar Talha of Wapda was another rising star, who grabbed three titles in the event. In the boys U-14 final, Abubakar Talha beat Omer Jawad 6-2,6-4 to claim the first title. He doubled his titles when he, partnering with Zohaib Afzal Malik, defeated Ameer Mazari and Muzamil Khan 5-4,5-3 in the boys U-14 doubles final. Abubakar, a shinning student of FG Middle School Mazhar Lines Lahore Cantt, completed the hat-trick of titles by beating Omer Jawad 6-4, 4-6, 10-7 in the boys U-12 final.

Zohaib Afzal Malik (LGS Phase V) also completed the brace of titles when he, partnering with Hamza Ali Rizwan (LGS Paragon), outpaced the pair of Omer Jawad and Ismail Aftab by 4-2, 4-1 in the boys U-12   doubles final.

In the girls U-12 final, Bismel Zia clinched her maiden tennis title when she defeated spirited Hajra Suhail by 4-2,4-5,4-0. Bismel thanked her coach Rashid Malik and his assistant Amjad Farooq for their superb tennis lessons that helped her emerge as title winner in the national junior event.

Principal Aitchison College Lahore Mr. Michael Thomson graced the concluding ceremony as chief and he, along with PLTA Secretary Mr. Rashid Malik, distributed prizes and shields among the winners in the presence of players, their families and tennis enthusiasts.

Rashid Malik thanked Principal Aitchison College Lahore Mr. Michael Thomson for his consecutive support for the junior development and continuously sponsoring this championship, where promising tennis players take part from across the country and take part in competitive event for the national titles.