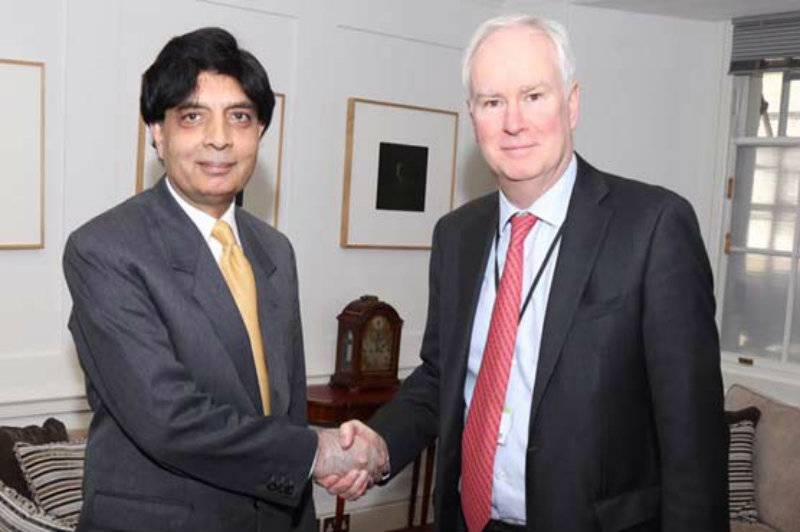 During the meeting, both the leaders discussed mutual interests, peace and stability in the region and agreed to enhance cooperation in every level.

Talking to the media after the meeting, Nisar said there was notable decrease in terrorist activities in the country as a result of the efforts of the Pakistani government adding that terrorism in the country in the previous year was at its lowest level as compared to that occurring in the past 9 years.

Nisar stated that fourteen thousand intelligence based operations were carried out in the country on the basis of the National Action Plan (NAP), adding that the ultimate challenge now would be to uproot the aides and facilitators of the terrorists who are causing a divide in the society by spreading hatred.

Interior Minister stated that Pakistan will continue its earnest efforts to restore peace and stability in Afghanistan for the betterment of the region adding that Afghanistan must stop blaming Pakistan over every unfortunate happening occurring within its boundaries.