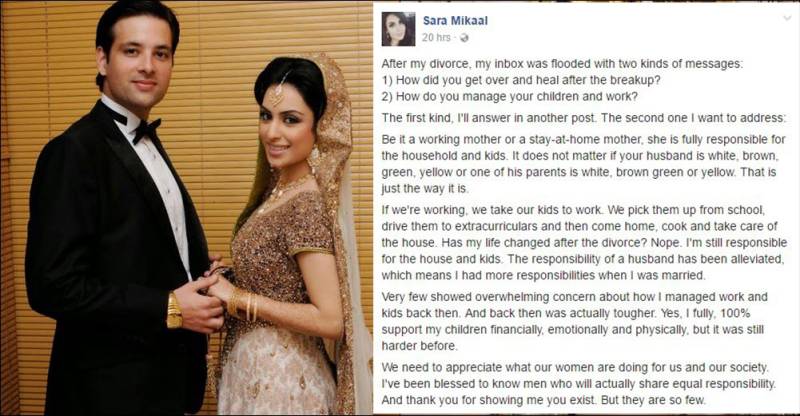 Lahore - Actor Mikaal’s ex-wife Sara Bhatti has shared a heartfelt and motivational message for all the woman who goes through a divorce on social media.

A few months ago Mikaal Zulfiqar announced his separation from wife Sara Bhatti on social media. He wrote, “Wanted to say this for a while. Finally found the courage to do so. Sad to announce, unfortunately, my marriage of 6 years has ended. After a long separation and despite efforts from both ends, things could not be resolved, which has resulted in divorce.” 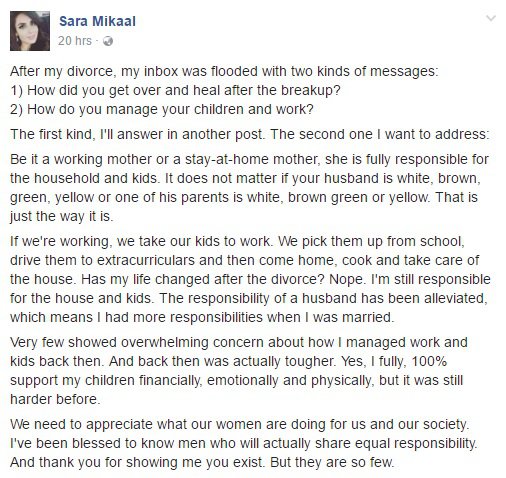 2017 turned out to be the year of divorces for many celebrity couples, Humaira Arshad and Ahmed Butt, Humaima Malik and Shamoon Abbasi, Arbaaz Khan and Malaika Arora, Nouman Javaid and Jana Malik, Hrithik Roshan and Sussanne Khan, Azfar Ali and Naveen Waqar and the most shocking one was probably the separation of Mikaal Zulfiqar and Sara Bhatti’s.

Mikael and Sara got married six years ago and have two daughters together.