Over 500 Afghan civilians killed in this year’s first quarters: UN 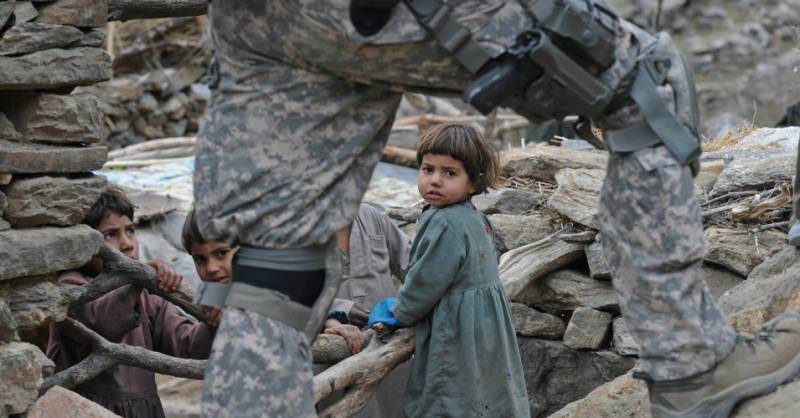 UNITED NATIONS – Over 500 civilians, including more than 150 children, were killed due to the fighting in Afghanistan during the first quarter of 2020, according to a UN report released Monday that stressed the need for all parties to the conflict to do more to protect civilians from harm amid coronavirus pandemic.

The UN Assistance Mission in Afghanistan (UNAMA) said it documented a total of 1,293 civilian casualties (533 killed and 760 injured) in Afghanistan during the first three months of the year.

The report pointed to a disturbing increase in violence during March at a time when it was hoped that the Government of Afghanistan and the Taliban would commence peace negotiations, as well as seek ways to defuse the conflict and prioritize efforts to protect all Afghans from the impact of COVID-19.

“To safeguard the lives of countless civilians in Afghanistan and to give the nation hope of a better future, it is imperative that violence is stopped with the establishment of a ceasefire and for peace negotiations to commence.”

The Taliban have rejected the report, saying that its own commission for the prevention of civilian casualties has managed to reduce the numbers from their side to almost zero, according to media reports.

Anti-Government Elements (AGEs) continued to be responsible for the majority of civilian casualties – 55 per cent – during the first quarter, causing 710 civilian casualties (282 killed and 428 injured), UNAMA said. the Mission attributed 39 per cent to the Taliban, 13 per cent to Islamic State of Iraq and the Levant–Khorasan Province (ISIL-KP) and the remainder to undetermined AGEs. The number of civilian deaths attributed to AGEs – particularly the Taliban – increased by 22 per cent in the first quarter of 2020 as compared to the same period in 2019, mainly due to an increase in targeted killings and summary executions.

Pro-Government Forces (PGFs) were responsible for 32 per cent of all civilian casualties during the first quarter of 2020, causing 412 civilian casualties (198 killed and 214 injured). Of concern, PGFs were responsible for more child casualties than AGEs during the first three months of the year and over twice as many child deaths, mainly due to airstrikes and indirect fire during ground engagements.

UNAMA attributed 21 per cent of overall civilian casualties to Afghan national security forces, eight per cent to international military forces and the remainder to pro-government armed groups and undetermined PGFs.

Although UNAMA documented a reduction in civilian casualties caused by the Afghan national security forces for the first quarter of 2020, the Mission said it is concerned about an uptick in civilian casualties in March as a result of their operations, mainly from ground engagements, particularly the use of indirect fire, and airstrikes.

The last civilian casualty incident of the quarter attributed to international military forces occurred on 17 February, before the ‘reduction in violence’ period.

Children and women continue to be disproportionately impacted by the violence. From 1 January to 31 March 2020, UNAMA documented 417 child casualties (152 killed and 265 injured) and 168 women casualties (60 killed and 108 injured).