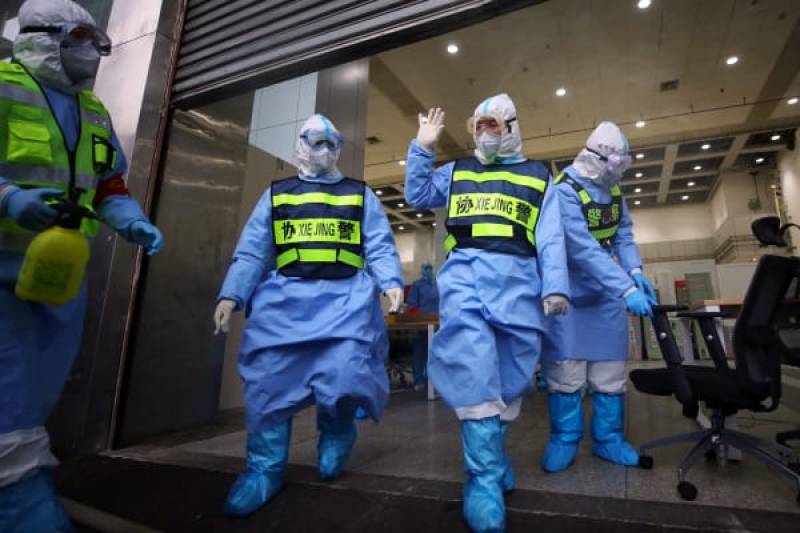 BEIJING – Despite social distancing to contain the epidemic, communities are getting closer in the fight against the novel coronavirus, says Nausheen Chen, a Pakistani entrepreneur living in Shenzhen, Guangdong province.

She saw many foreign friends leaving China at the peak of the outbreak in the nation, but she believed there was no reason to leave the place she called home, China Daily Global reported on Tuesday.

Her startup business helping Chinese brands create commercial videos for western markets was impacted by the crisis, but she is impressed that people from all walks of life are sticking together much closer than ever by sharing knowledge and resources to get through the tough time.

“The storm shall pass because we are going to beat it and everyone is united in the fight,” she said.

Arriving at Shenzhen in 2015 with her husband after more than seven years of studying and working in the United States and Pakistan, Chen immediately fit into the city of migrants and co-founded the firm Zen and Zanyï, a video strategy and production startup.

Within two years, they managed to successfully complete more than 40 projects. She also hosted and organized talks and workshops about filmmaking and entrepreneurship.

However, the epidemic impacted the company’s development, bringing everything to a standstill. The company’s actors got stranded during their vacation and all the studios were closed.

“Our clients were also understanding of the situation, so we could delay some shoots and turn our focus to research and development,” she added.

By the end of February, the studio finally reopened and they decided to start shooting right away. “We are a little bit stressed and scared but also happy to be able to work again,” she said, explaining that the first shoot was quite difficult as she had to rigorously ensure everyone’s health and safety.

With a toy firm as the client, the shoot involved children. Luckily the team managed to pull it together. “Everyone involved tried his or her best to follow safety rules, such as temperature checks, wearing masks and gloves, and eating separately.”

Moreover, she also participated in organizing online sessions encouraging and empowering startup communities to recover from the impact of COVID-19.

“I would say startups are now sharing more knowledge than ever,” she said, “and I hope that by sharing knowledge and resources we can get through this period of slow growth”.

Besides work, she is impressed how people have helped each other.

She remembered one night she was coming home late from a shoot, carrying a huge suitcase packed with actors’ costumes and props, so the security guard in her building thought she was coming from outside the city.

Fortunately, an English-speaking neighbor passing by volunteered to help her register and prove she hadn’t left the city since December.

“Times like these were a bit hard because of the communication barrier, but we have always understood that we need to follow all the rules to live harmoniously in China, so we’re happy to do that,” she noted.

She was asked a few times by her friends about whether or not she wanted to leave China and she always told people the same thing: “We live here and we call this country home.”