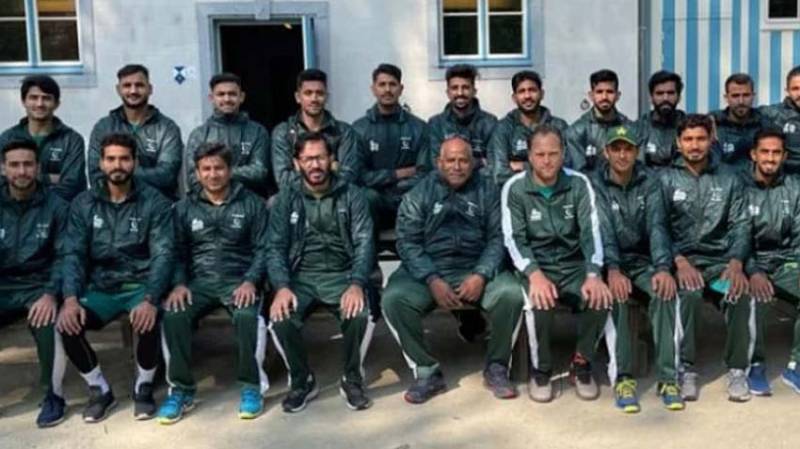 With stunning performance by the new find Muhammad Rizwan, Pakistan hockey team beat Netherlands by 5-3 in first match of the Europe tour in Berda on Tuesday.

In a nail-biting contest, both teams kept ticking the scoreboard till Pakistan managed to lead the second half of the game.

At halftime, Netherlands was in leading position by 2-1 but Pakistan made a comeback with the help of hat-trick by Muhammad Rizwan, and one goal each by Mubashi and Aijaz.

The brilliant performance of the green shirts downed the rival team in their first game of the tour.

In the second game between the same teams on Wednesday, Holland bounced back and defeated Pakistan by 4-1 in Berda.