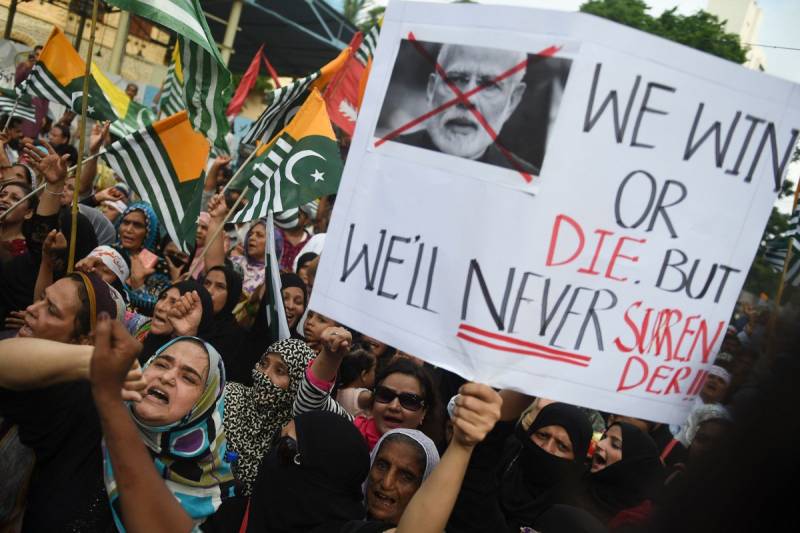 SRINAGAR – The occupied valley of Kashmir remains cut off from the rest of the world for the 24th consecutive day, as the occupation authorities continue to impose curfew and other restrictions.

Indian authorities have converted the Kashmir valley particularly Srinagar into a military garrison by deploying Indian troops and paramilitary personnel in every nook and corner to prevent people from staging demonstrations against the move.

However, people repeatedly flouting the curfew and other restrictions have been staging protests to show their resentment against the Indian occupation and nefarious move.

Due to severe blockade, the residents are facing acute shortage of essential commodities including baby food and life-saving medicines and the valley represents a humanitarian crisis. 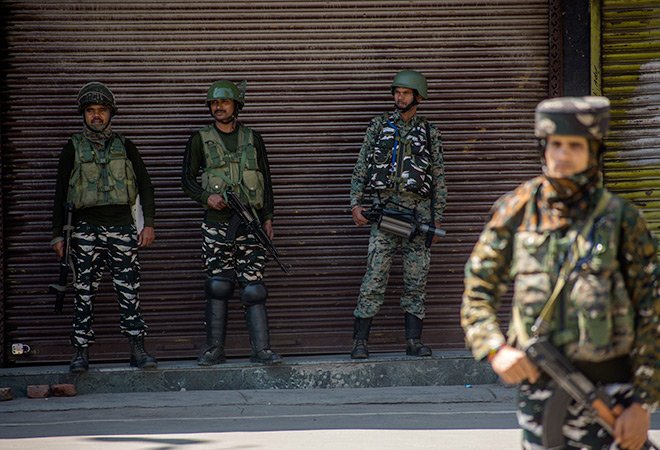 All internet and communication services and TV channels are closed in the Kashmir valley and Doda, Kishtwar, Poonch, Ramban and Rajouri areas of Jammu region since 5th of this month.

Local newspapers could not update their online editions while majority of them could also not be printed due to restrictions.

On Wednesday, thousands of people defying curfew and other restrictions took to streets in south, north and central Kashmir against India’s latest onslaught and imposition of Hindu culture on Kashmiri people.

Scores of people were injured when occupational forces fired bullets, pellets and teargas shells on protesters in Soura area of Srinagar.

Meanwhile, the authorities arrested a doctor, Omar Salim, who is a urologist at the Government Medical College, Srinagar, a day after he informed the media about the terrible health crisis in Kashmir because of long-drawn clampdown by India in the territory.

Unidentified gunmen abducted a man and subsequently killed him in Tral area of Pulwama district.

CodePink, a Washington based, women-led internationally active peace and social justice organization, has called on the United Nations to take immediate action against India's blockade of Kashmir to avoid nuclear catastrophe in the region.

In a letter addressed to the 15-member Council, the organization urged UN to help Kashmiris finally obtain self-determination after seven decades of Indian occupation.

It said the UN Security Council must take immediate action to protect Kashmir from this vicious attack and for safety of the world population in a nuclearized world.

Also on Wednesday, India's apex court gave notice to the government that they were setting up a Constitutional Bench to hear a plea challenging the revocation of the special status of Jammu and Kashmir.

The court's decision has come as a setback for the Narendra Modi Government, as its top lawyers had earlier expressed concern about the court possibly challenging the parliamentary move.

The Supreme Court of India issued a notice to the government over the 5 August decision while referring the matter to the five-judge constitutional bench.

Pakistan had already raised the issue at several international fora including the UN, after the Indian government decided to repeal Article 370, which had granted special status to the state of Jammu and Kashmir for the past seven decades.

Pakistan claimed under the 1972 Simla Agreement that both Pakistan and India were bound to resolve Kashmir dispute bilaterally.