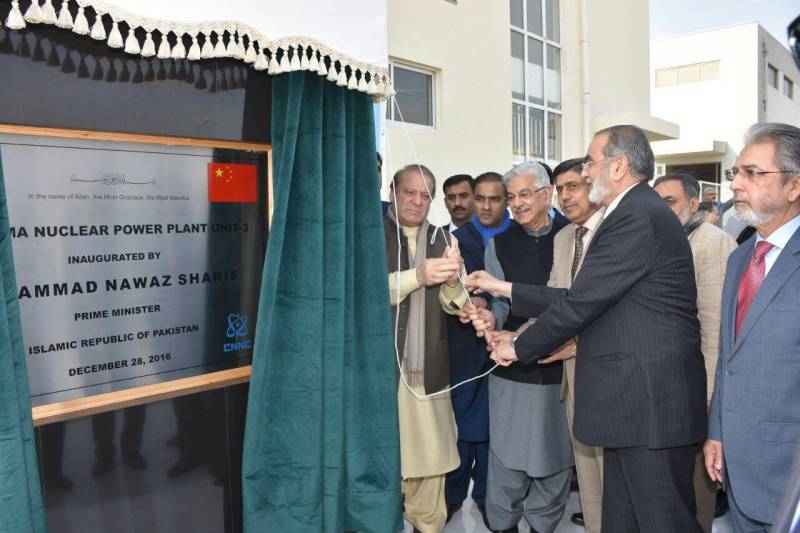 MIANWALI - Prime Minister Nawaz Sharif inaugurated the Chashma Nuclear Project – III, which has a capacity of generating 340 megawatts of electricity.

Speaking on the occasion, the Prime Minister described the completion of C-3 as another milestone towards the journey towards eliminating the menace of load shedding from the country.

He said the project is reflective of closer cooperation between Pakistan and China in science and technology. He said this cooperation is also beginning of a new era of development in the region.

The Prime Minister expressed confidence that Chashma-IV nuclear power plant would also become functional before its deadline of mid next year. "He expressed pleasure that Chashma two and three power plants are most efficient power plants in the country providing more than 600 MW of electricity to the national grid", reports Radio Pakistan. 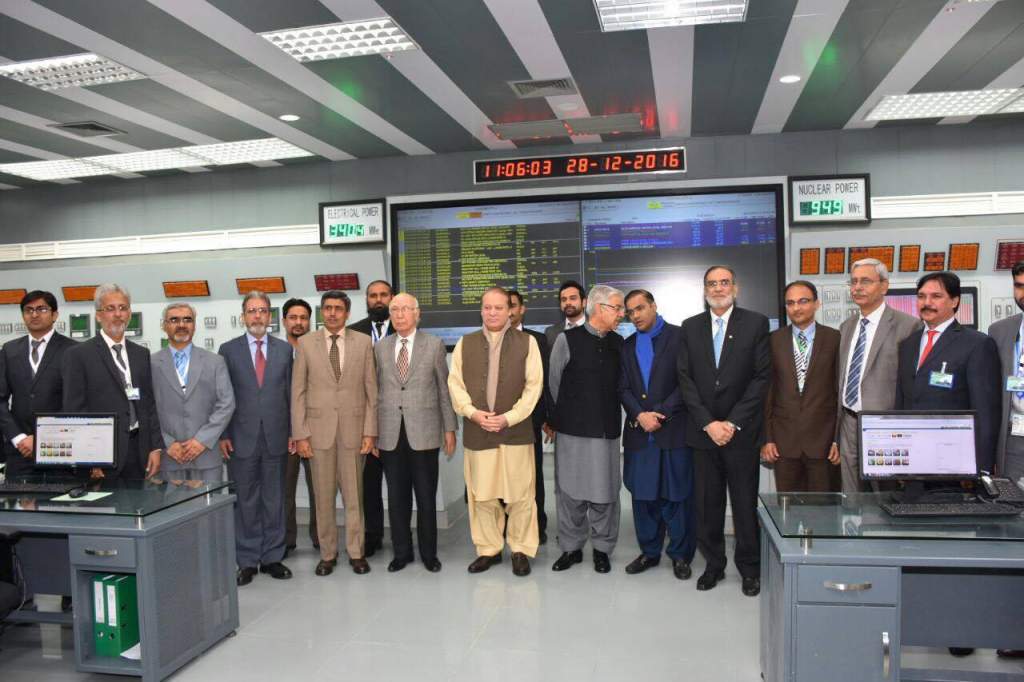 The Prime Minister referred to the generation target of 8800 MW of nuclear energy by 2030 and urged the Commission to accept the challenge of producing more than the target and play its full role in the development of the country.

He said there has been the marked reduction in load shedding during the last three years and as pledged, the menace of load shedding would be over in 2018. He said the generation of additional 2200 MW of electricity through K-II and K-III would contribute towards this effort.

The Prime Minister thanked China for extending cooperation in the nuclear field and said the two countries are also actively cooperating in many other areas including construction of roads, motorways, airports and up gradation of Pakistan Railways.

The prime minister appreciated the hard work of scientists, engineers and staff of PAEC in overcoming the shortage of energy and announced two bonuses for them.

Chairman Atomic Energy Commission Muhammad Naeem said the Commission has been given a target of 8800 MW of nuclear power till 2030. He said to achieve this target, planning for the establishment of more plants have been done and places identified and research work in this regard is going on. 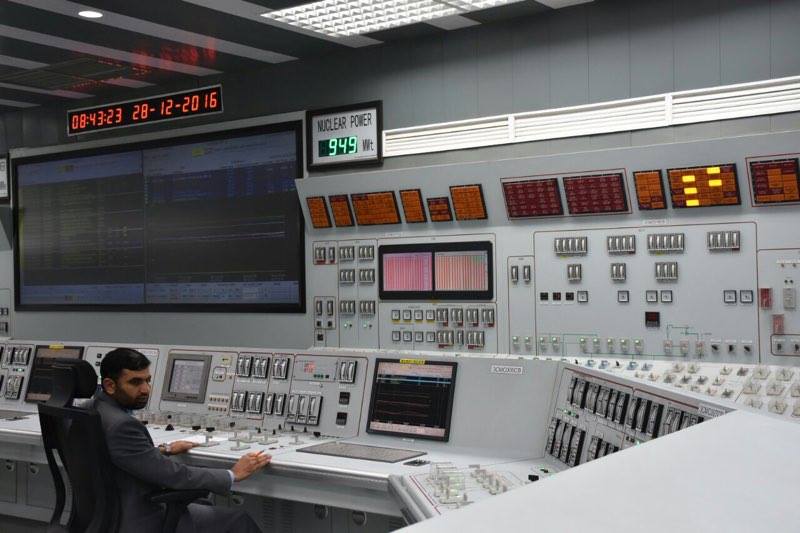