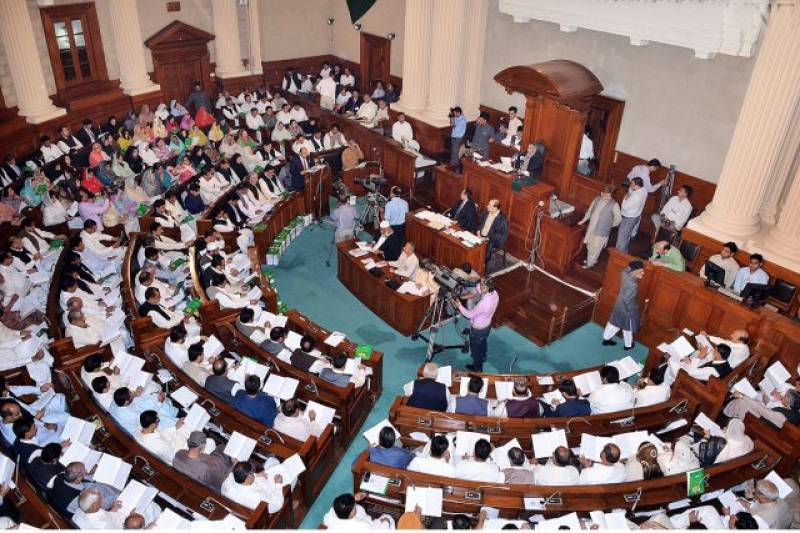 LAHORE: The Punjab Assembly passed on Wednesday a resolution against the National Accountability Bureau (NAB), also demanding to repeal the plea bargain law.

“NAB not only arrested, harassed a senior government official but is also involved in character assassination. NAB law contradicts human rights and dignity,” the resolution read.

The resolution, presented by Law Minister Rana Sanaullah and passed with a majority, calls for ending the ‘plea-bargain’ clause in the NAB Ordinance. The clause allows accused persons to accept their guilt and return some of the plundered wealth in exchange for a light punishment.

The move had resulted in a severe backlash from members of the Punjab bureaucracy, especially those belonging to the Pakistan Administrative Service.

Opposition parties staged a walked out of the session after which the government assembly members approved it in absence of opposition.

The Punjab Assembly has around 315 members on the treasury benches and around 53 in opposition.