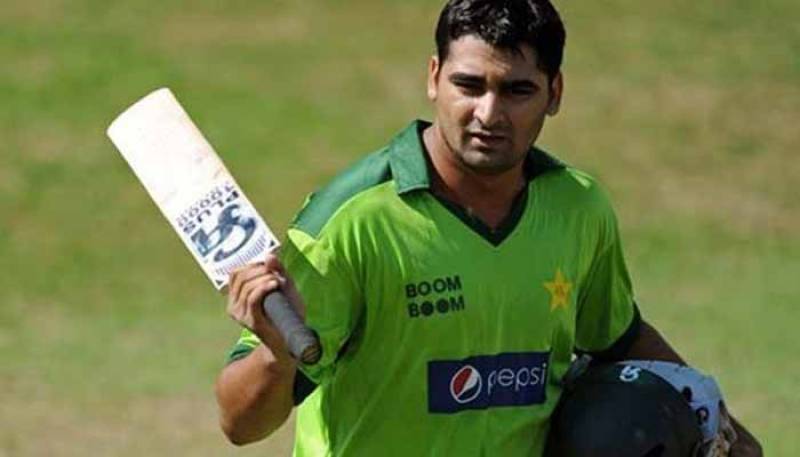 LAHORE - A two-member anti-corruption tribunal on Wednesday imposed one year ban and Rs 1 million fine on cricketer Shahzaib Hasan for his involvement in the spot-fixing case, surfaced during Pakistan Super League last year.

The 27-year-old Karachi Kings’ batsman had been chargesheeted by Pakistan Cricket Board (PCB) on allegations of luring cricketers into the scam and hiding information regarding his contacts with bookies.

Hasan was awarded punishment for violating Code's Article 2.4.4 and 2.4.5.

Code Article 2.4.4, under which the batsman has been charged, states: "Failing to disclose to the PCB Vigilance and Security Department (without unnecessary delay) full details of any approaches or invitations received by the Participant to engage in Corrupt Conduct under this Anti-Corruption Code.” 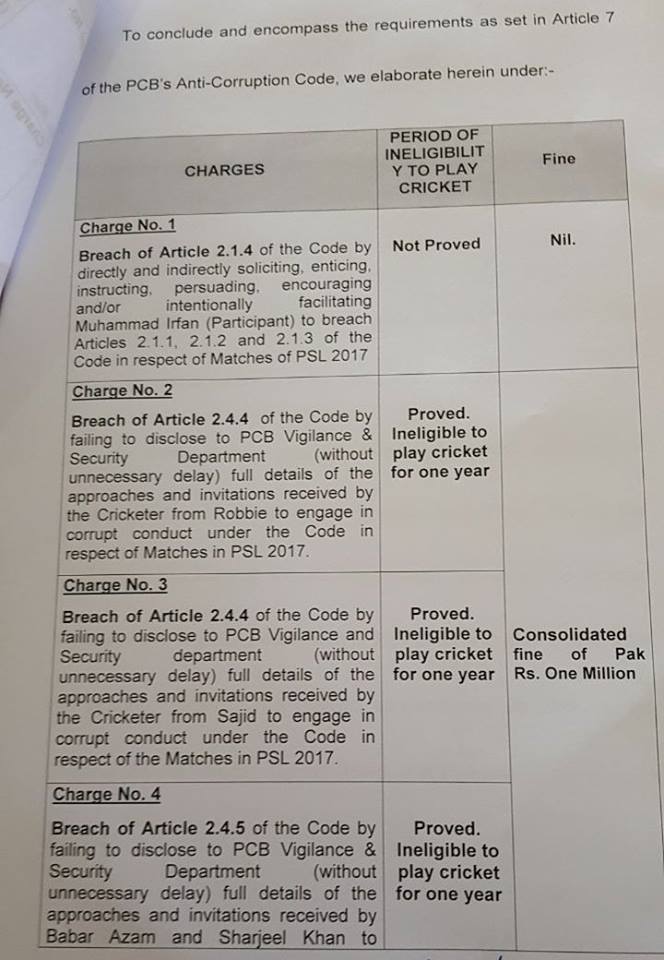 On March 17, Hassan was suspended after his name appeared in the scandal.

Last year, the PCB had suspended the contract of Pakistani fast bowler Mohammad Irfan for one year for violation of its anti-corruption code.

Irfan had been charged with two violations of the PCB’s anti-corruption code for failing to disclose to the board the approaches made by the bookies during Pakistan Super League 2017. He has been further instructed to pay a sum of Rs 1 million to the board.

Talking to media, Irfan said that he accepted his mistake of not informing the court about contacts made by the bookies and sought forgiveness from the nation.

Earlier, Sharjeel Khan, Khalid Latif were grilled by the PCB over the charges of spot-fixing in PSL 2017, but later  Shahzaib Hasan and Irfan were also accused of meeting the bookie.