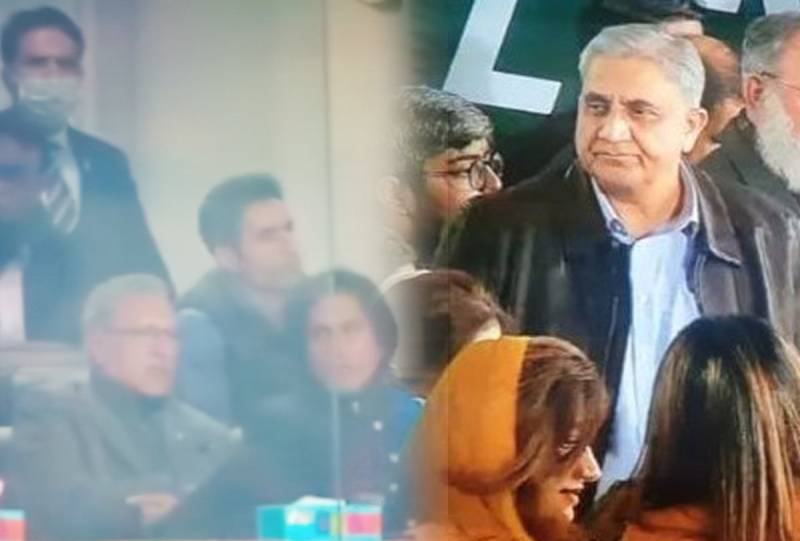 Cricket fever reached its peak in the country’s cultural capital for the final of the Pakistan Super League as masses rushed to the stadium while the country’s top commander and President along with PCB Chairman Ramiz Raja were also present to enjoy the much-anticipated game.

Reports in local media said General Bajwa witnessed the PSL 7 final match at Gaddafi Stadium while he was accompanied by another senior officer of the Pakistan Army.

Meanwhile, strict security measures were made for the final game. The top police command of Punjab inspected the security arrangements, while adjourned areas leading to the stadium were closed an hour before the beginning of the match.

LAHORE – The final match of the Pakistan Super League left a meme fest on social media as Lahore Qalandars won ...

Special commandos were also put on high alert on the routes of the guests, reports said.

The seventh edition of the country’s flagship tournament, which commenced on January 27 at seaside metropolis Karachi, came to a successful end during a colorful ceremony held here at the electrifying, house-full Gaddafi Stadium last night.