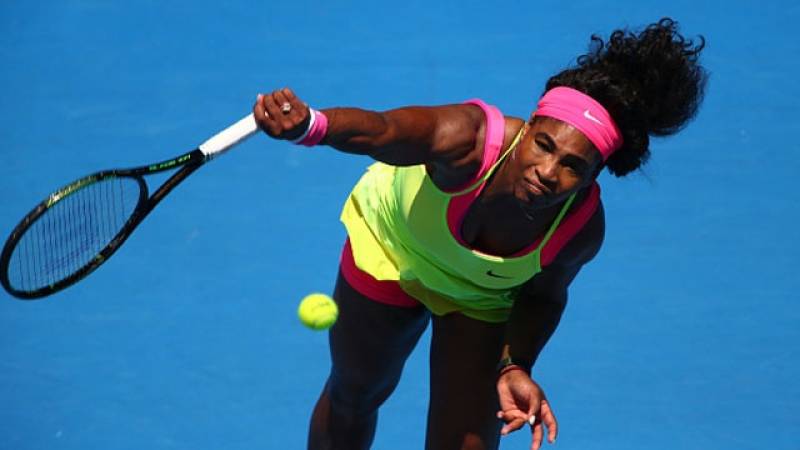 Unlike her earlier sluggish matches, Serena was in the zone from the off against the dangerous Slovak, a steely look in her eyes as she walked onto Rod Laver Arena soon after fellow American Keys knocked out her sister Venus.

The powerful world number one blasted 15 aces to pummel the 11th seed 6-2, 6-2 in just over an hour and make her 26th Grand Slam semi-final. She has gone on to win 18 major titles.

"I feel I played well, I felt I had to. I feel like when you're going up against a player like that who is confident on the court ... I knew that I needed to really play well or go home," said Serena, who has been battling a cold.

Long-time rival Maria Sharapova made the last four on Tuesday and will face fellow Russian Ekaterina Makarova. The unseeded Keys, 19, is the tournament surprise package, fighting hard to beat a resurgent Venus 6-3, 4-6, 6-4 and end any chance of the sisters meeting in a Grand Slam semi for the first time since Wimbledon 2000.

Keys did the job despite carrying a left thigh injury, needing a medical timeout in the second set for treatment.

Wawrinka shattered the dream of Japanese superstar Kei Nishikori, but not before blowing five match points in a tiebreaker as nerves got the better of him.

The Swiss fourth seed finally won 6-3, 6-4, 7-6 (8/6) to deprive the fifth seed of a crack at another final, having made the US Open decider last year. He will now play world number one Novak Djokovic, who is gunning for a fifth Australian title, or big-serving Canadian Milos Raonic, for a spot in Sunday's final.

Andy Murray and Tomas Berdych are already through to a semi-final showdown after beating Nick Kyrgios and Rafael Nadal respectively on Tuesday. "It's going to be a tough one in the semi, but I'm playing well so I am just happy to be back again playing in the semi-final," said the Swiss.