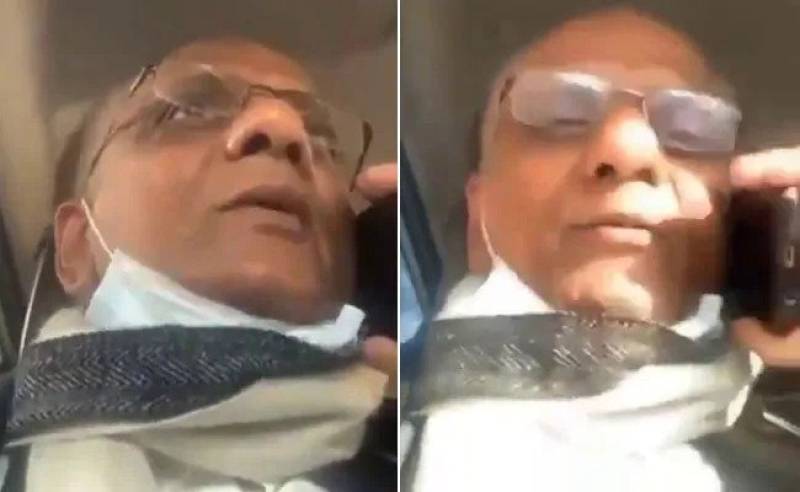 NEW DELHI – A senior cardiologist, Dr. KK Aggarwal, who received the Covid-19 vaccine alone, gets scolded by the wife during a live session.

The video of hilarious conversation has been doing the rounds on social media. Aggarwal, while sitting in a car was heard explaining to his wife that while he had already received the vaccine, she would be able to get it on Monday.

On the other side of the phone, the irked wife was heard saying “Bohot hee ajeeb ho tum, Why didn’t you take me with you? This is not done… Don’t lie to me.”

Doctor KK Agarwal got himself vaccinated without his wife.

Note to self : don't ever pick-up phone while you are live on tv :)

The doctor replied “I just went to check on the vaccine. They said get it done, so I got it.” Aggarwal told his wife that he was live in a session while the wife responded ‘Main abhi live aa ke tumhari aisi ki taisi karti hoon’.

As the video gets viral on social media, netizens started trolling and shared the scolding session with hilarious reactions.

Dr. KK Aggarwal later released a statement in response to the viral event and said that he was glad for providing a moment of levity in these tough times. He also urged people to get the Covid vaccine.