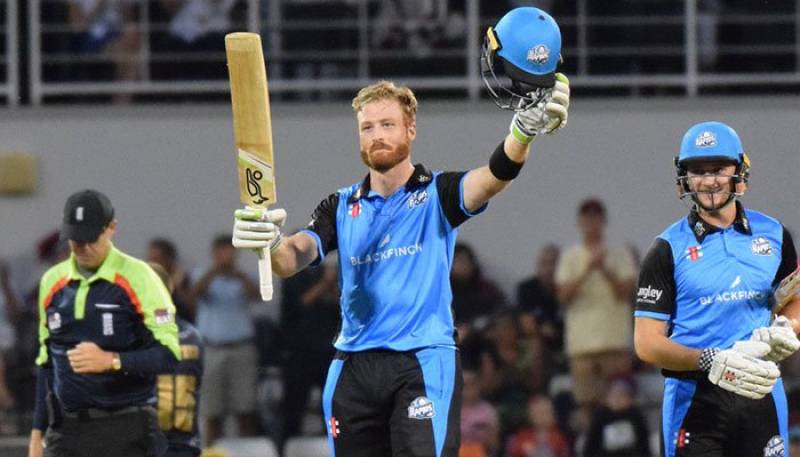 Northamptonshire set a target of 188, visitors Worcestershire won with nearly seven overs to spare, with Joe Clarke making an unbeaten 61 off 33 balls.

Clarke and Guptill put on 162 in 10 overs. It did not take long for experienced New Zealand's Guptill, who hit 12 fours and seven sixes, to get into his stride.

South Africa's Rory Kleinveldt replaced Gleeson and he too gave up an over costing 22 as Guptill went to fifty in 20 balls.

Guptill swept left-arm spinner Graeme White to deep-backward square leg, only for Seekkuge Prasanna to step over the boundary before a second slog-sweep cleared deep midwicket.