Amir Khan admits he is thinking of retirement 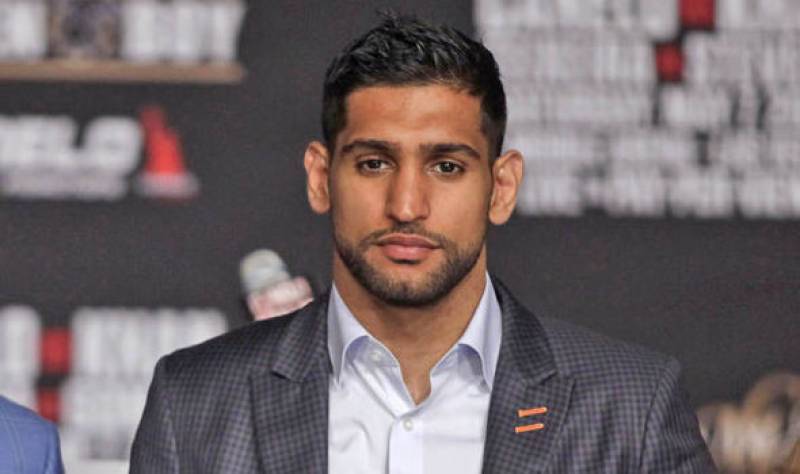 ISLAMABAD - The British boxer of Pakistan-origin Amir Khan, who is adamant to fight Filipino superstar Manny Pacquiao has admitted that he is thinking of retirement.

Khan claimed the WBC international welterweight title with a fourth-round stoppage of Australian Billy Dib in Saudi Arabia earlier this month. Following the bout, he sensationally claimed a deal to fight Pacquiao on November 8 in Saudi Arabia had been sealed.

However, that was quickly rubbished by the Pacquiao’s camp.

“I was just told what to say in the press conference by my advisors. “I think it was all very badly handled,” Khan was quoted as saying by www.dailystar.co.uk on Sunday.

“I just think the only way a fight like that will happen is if I and Pacquiao sit together and talk. We’ll see if it happens next year. We both know it’s a big fight which can make a lot of money.

“Look, it’s the final chapter now. A couple of more fights - honestly. I’ve done well in the sport financially, winning titles and making a name for myself. It’s all about now just enjoying the last bit - the last few fights - and just calling it a day really,” he said.

Khan his health and family was everything for him. “Everything you do is for your family. I want to be in one piece for when I’m spending time with them.

“You’re always just one punch away from getting hurt. I never want that one punch to land on me, you know? Before it’s too late… so let’s see how it goes.”

Pacquiao became the oldest welterweight champion in history last weekend. The 40-year-old beat WBA Super champion Keith Thurman in a split decision in Las Vegas. Khan is adamant he would offer a far tougher challenge for the veteran, though. “I’ve worked with him for years and years. I know him quite well.

“I think honestly I’d give him a lot of problems. He fought Thurman who’s got slow feet and slow hands. With me, he’ll have a lot of problems because I move my hands fast, have better footwork and more head movement. I wouldn’t just stand there and get hit.

“You have to still give him credit, but he’s not the same Pacquiao he was a couple of years ago,” Khan added.