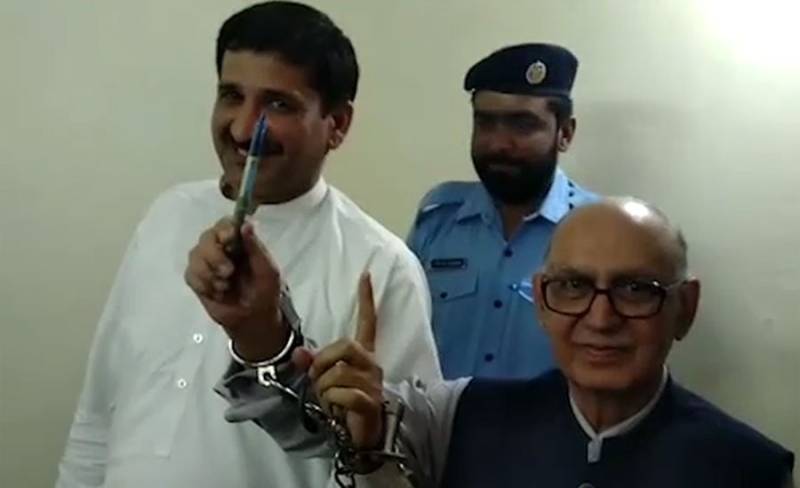 ISLAMABAD – A magistrate in the federal capital has approved the bail petition of Irfan Siddiqui, a senior columnist and a close adviser to former premier Nawaz Sharif.

Magistrate Mehreen Baloch approved the bail on Sunday against surety bonds worth Rs20,000.

Irfan Siddiqui was sent to the Adiala Jail on Saturday on a 14-day judicial remand for allegedly violating tenancy law i.e. not informing police while renting out his house.

He was produced in the courtroom of Magistrate Mehreen Baloch in Islamabad.

Meanwhile, Siddiqui's defense counsels had pleaded with the court to release his client and termed the charges against him as "false and baseless".

They provided documentary evidences that Irfan Siddiqui has nothing to do with the case. They claimed that neither Irfan Siddiqui owns the house which was rented out, nor did he sign the agreement between the owner and tenant.

The counsels told the court that the son of Irfan Siddiqui was the owner of the house and he signed the agreement with tenant Javaid Iqbal. But the court refused to accept any plea in favour of the accused.

No, it is because it backfired. There is a limit to everything and that limit has been crossed. Whatever excesses they commit now will only be counterproductive. So watch out! https://t.co/6OBAxGoP0g

According to details, Section 144 has been imposed in Islamabad, the violation of which has resulted in Siddiqui's arrest under Section 188 of the Criminal Procedure Code allegedly for not informing the relevant police station about giving his house on rent.

He was arrested by police during a raid on his residence late Friday night and later shifted to the Ramna police station in Islamabad.

His son confirmed the news and claimed that the police did not inform them why his father had been taken into custody.

ISLAMABAD –  Police in the federal capital on Friday night arrested Irfan Siddiqui, a journalist and close aide of ...

According to the FIR lodged against him, a citizen Javed Iqbal along with his family has been residing in a house; however a local police station was not informed about it.

Moreover, when police called Siddiqui to appear in the police station, he failed to comply with the orders.