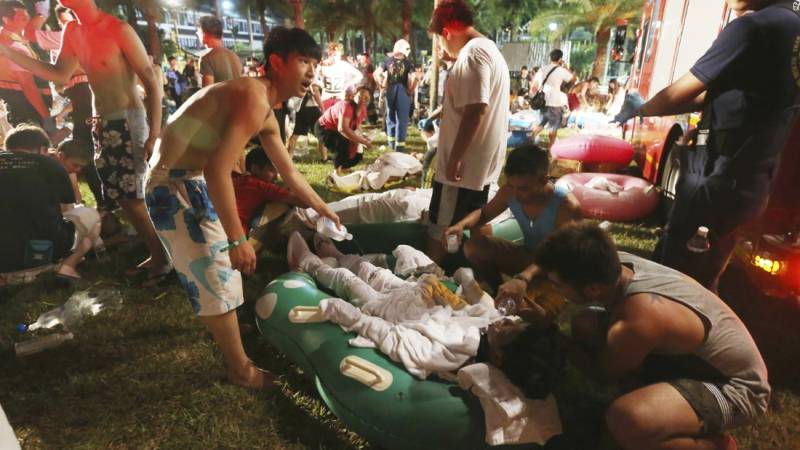 TAIPEI (Web Desk/Agencies) - A fire, which was suspected of resulting from explosion of a large amount of unknown flammable powder, in a recreational park in Taiwan’s New Taipei city on Saturday has injured at least 500 people.

Suffering various degrees of burns, the injured had been rushed to dozens of hospitals in New Taipei city and nearby cities of Taipei and Taoyuan, Xinhua reported citing the local public health department.

The fire broke out at about 9:52 pm at the main stage of a water park, which was having a Colour Play Asia party.

This is the worst incident of mass injury in the history of New Taipei city.