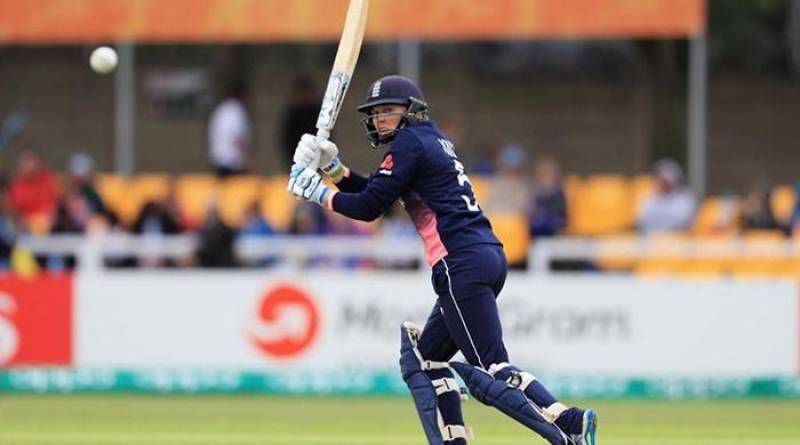 Sciver hit 137 off 92 balls and captain Knight scored 106 off 109 balls as England recovered from 42 for two to finish at 377 for seven in 50 overs, the second-highest total in competition history behind Australia's 412 for three in 1997.

While the 213-run partnership equalled England's third-wicket record stand set back in 1993, Pakistan left-arm spinner Nashra Sandhu finished with figures of one for 82, the most expensive in Women's World Cup history.

Pakistan opener Ayesha Zafar was 56 not out and Nain Abidi, batting at five, 23 not out when rain brought an early end to the proceedings with the scoreboard reading 107 for three in 29.2 overs. – APP