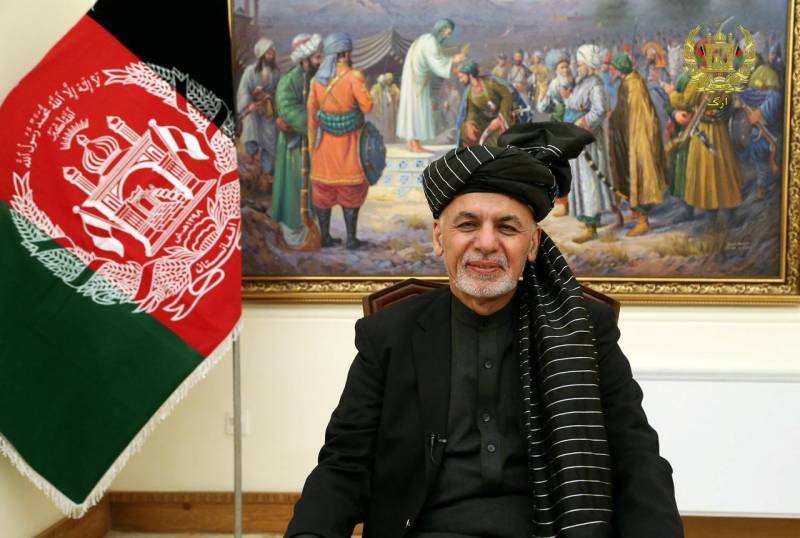 The Afghan president will hold one-on-one meetings with Governor and Chief Minister of the Punjab province. He will also hold a meeting with leading traders and entrepreneur at Governor House.

Earlier, President of Afghanistan Ashraf Ghani was warmly received as he arrived at Aiwan-e-Sadr to meet President Arif Alvi.

President Alvi received the guest at the main entrance of the Presidency. Traditionally attired a boy and a girl presented bouquet to welcome President Ghani.

ISLAMABAD - President of Afghanistan Ashraf Ghani Thursday was warmly received as he arrived at Aiwan-e-Sadr to meet ...

The Afghan president is on two-day visit to Pakistan, on the invitation of Prime Minister Imran Khan.

Earlier in the day, the Afghan president had one-on-one meeting with the prime minister besides a delegation level talks, after a tri-service guard of honor in a formal welcome ceremony at PM House.