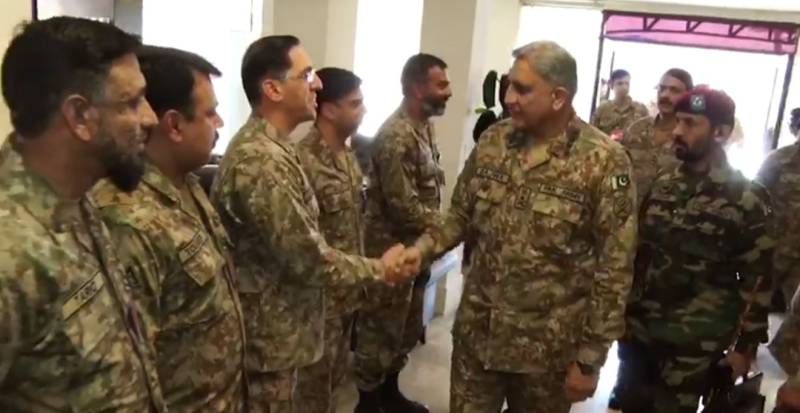 According to a communique issued by military's media wing, the military chief was briefed about the security situation of the province, pursuance of National Action Plan, Operation Radd ul Fassad and socio-economic development projects undertaken as part of Khushal Balochistan Program.

The top commander expressed his satisfaction and hoped that these steps will help to elevate the overall security and socio-economic indicators in the province.

General Bajwa said that Balochistan is the future of Pakistan and it is our duty to fully assist the Govt and the people of Balochistan towards a shining future.

Later COAS also visited School of Infantry and Tactics, Quetta and met with the faculty.

"Pak Army has played an important role for reduction in the internal security threats as well as an effective response along borders," the military chief observed.

General Bajwa shared that the nation acknowledges and fully supports Pak Army's contributions in fight against terrorism and militancy.

'We shall always come up to the expectations of the people of Pakistan who are our real strength" COAS concluded.