Pakistan will not allow any militant group to operate in country: PM Imran 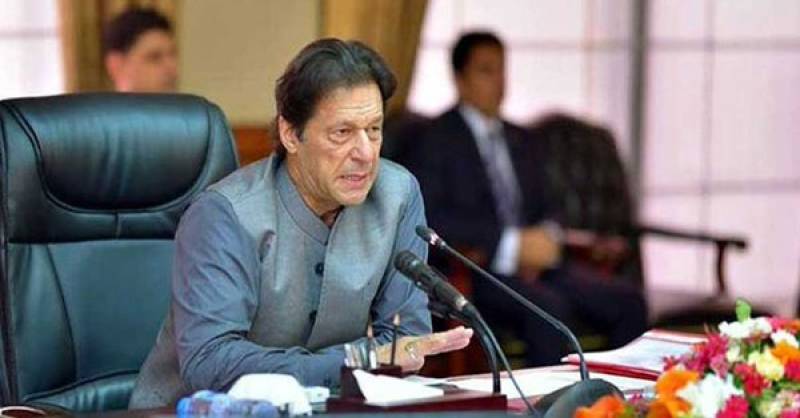 ISLAMABAD – Prime Minister Imran Khan has reiterated Pakistan's commitment not to allow any militant group operate in the country or use its territory for any militant activity within or outside Pakistan.

He expressed these views while chairing the first-ever meeting of the National Internal Security Committee at the Prime Minister Office on Tuesday.

Prime Minister reaffirms the commitment that Pakistan will not allow any militant group to operate in the country and use its territory for any activity in and abroad https://t.co/u9Koe4BVqP pic.twitter.com/AIyPrROBea

The premier said implementation of National Action Plan is the foremost priority of the government as it is reflective of will of the nation and a consensus document agreed upon by all political parties of the country.

He said the government is committed to remove all impediments towards implementation of the plan in letter and spirit.

Imran Khan said that Pakistan has suffered immensely, both in terms of human lives as well as material losses, due to the menace of terrorism.

“As a result of huge sacrifices rendered by the armed forces of Pakistan, intelligence agencies and other law-enforcement agencies, we have made significant progress towards combating terrorism and ensuring peace.”

Recounting various legislative and administrative measures taken by the present government in dealing with militancy, combating terror-financing, money laundering and hawala-hundi and so on, the prime minister stressed upon the need for continued and sustained on-ground effort towards taking this struggle to a conclusive end.

On this occasion, Finance Minister Asad Umar gave the meeting an update about FATF related matters and meetings held with Asia Pacific Group.

Secretary Interior Azam Suleman apprised the meeting about the progress in implementation of National Action Plan and highlighted the efforts being made in dealing with the issues of cyber security, money laundering, madrassa reforms and addressing various challenges in way to successful implementation of the plan.

The PM commended the efforts of the interior ministry towards ensuring coordination among the relevant agencies and departments in implementation of the NAP.

The meeting decided to constitute Expert Working Groups to ensure seamless coordination and implementation of every aspect of the National Action Plan.