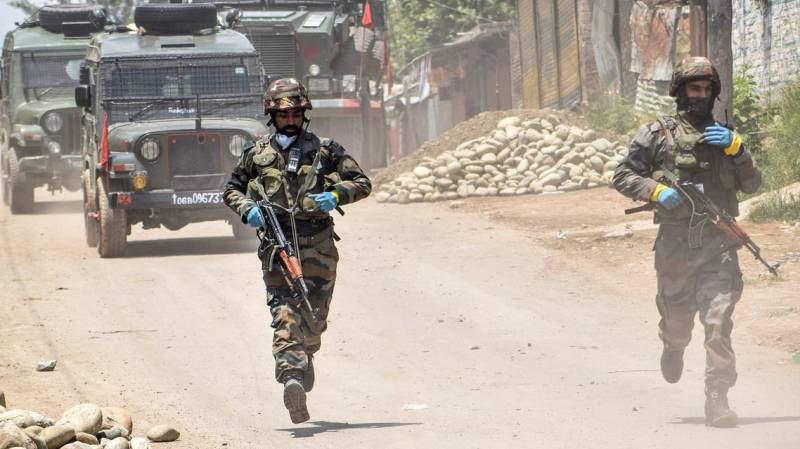 SRINAGAR – Indian troops in in their latest act of state terrorism have killed another Kashmiri youth in Shopian district of Illegally Occupied Jammu and Kashmir (IIOJ&K).

During the last night's siege and search operation, the Indian troops martyred the youth in a fake encounter in Wangam area of the district.

The unrelenting military siege imposed on August 05, 2019, by Narendra Modi-led fascist Indian government, continues to take a heavy toll on daily life of the people in the territory.

A report released by the Research Section of Kashmir Media Service on the completion of 600 days of the imposition of the military siege, on Saturday, revealed that Indian troops martyred 323 Kashmiris including 7 women during the period.

The report also stated that at least 14,621 people including Hurriyat leaders, activists, women, students and young boys were arrested.

Meanwhile, Indian troops conducted cordon and search operations in Kupwara and Kulgam districts on Saturday, subjecting the local residents to harassment and intimidation.

ISLAMABAD – President Arif Alvi has said Pakistan is laced with capabilities to defend its territorial integrity ...