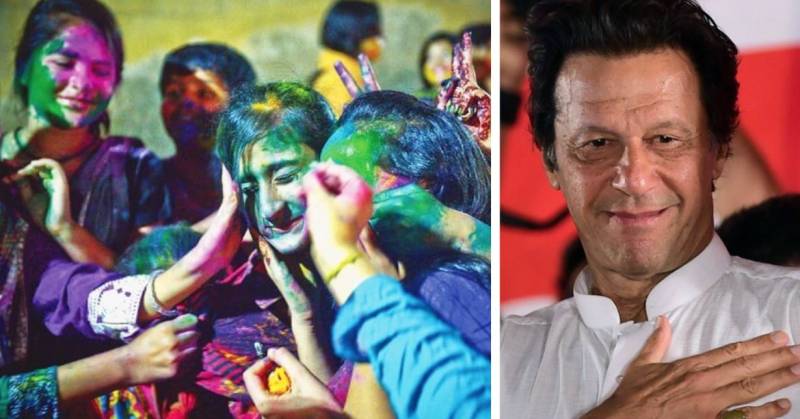 ISLAMABAD – Prime Minister Imran Khan Sunday extended greetings to the Hindu community on the occasion of ‘Holi’ – the festival of colours.

‘Wishing all our Hindu community a very happy Holi, the festival of colours’, the premier tweeted today.

Wishing all our Hindu community a very happy Holi, the festival of colours.

The popular ancient Hindu festival is celebrated every year in February or March and signifies new beginnings by welcoming the spring season. The Hindu community celebrates Holi with a play of colours and also burns logs of wood to symbolise the victory of good over evil and observe prayers.

According to the Pakistan Hindu Council, there are more than 8 million Hindus currently living in Pakistan that constitute about 4 per cent of the total population.