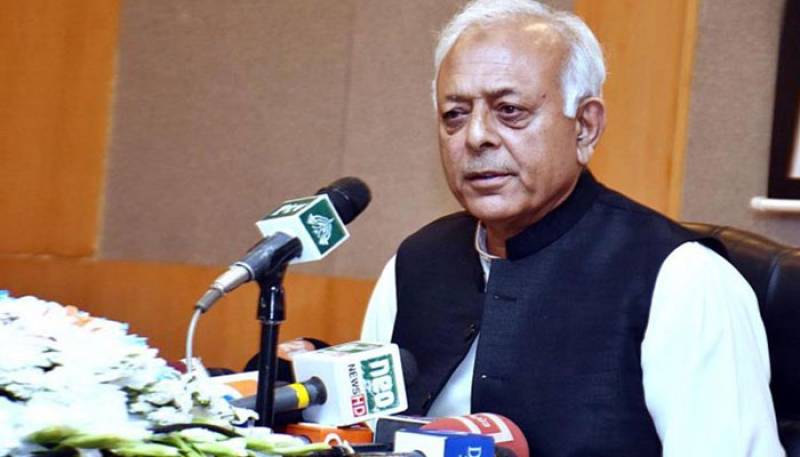 ISLAMABAD – Federal Aviation Minister Ghulam Sarwar Khan on Thursday said that an interim inquiry report on recent PIA plane crash in Karachi, which killed 97 people, will be revealed by June 22.

Talking to media, he said that Prime Minister Imran Khan also held a meeting with the probe team and directing them to conduct a deep investigation into the matter.

He said that a team that include foreign experts is conducting investigation into the matter. They are currently trying to find the reason behind the deadly air crash.

Ghulam Sarwar Khan said a compensation amount of Rs1 million will be given to the families of the each victim of the air crash.

He said that 51 dead bodies have been given to the relatives of the deceased while DNA test of other bodies is underway, adding that the government is trying to handover the bodies to the families as soon as possible.