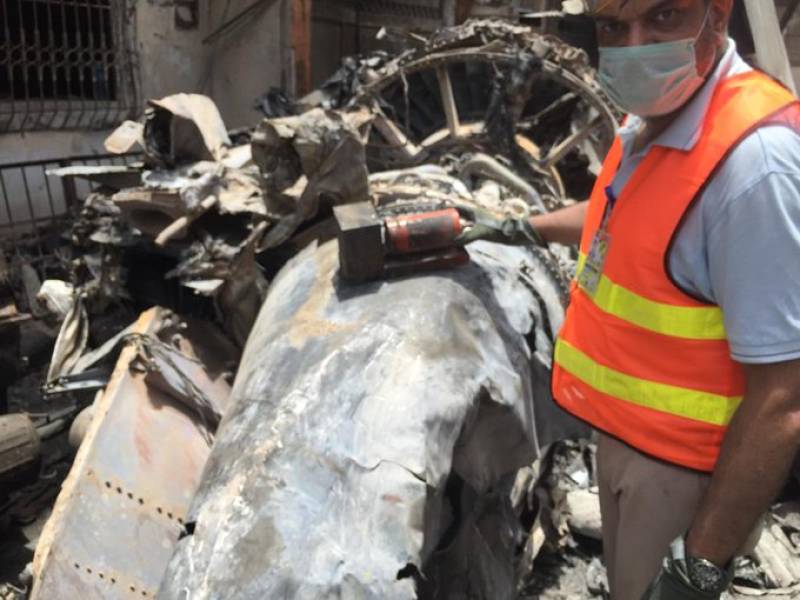 KARACHI – A team of the Pakistan International Airlines (PIA) on Thursday found the cockpit voice recorder of the ill-fated PK-8303, which crashed in Karachi last week, from the debris.

The national flag carrier announced the development in a tweet, saying the BLD cockpit voice recorder has been handed over to Air Accident Investigation Board (AAIB).

The further wrote in the tweet, “This will be a key component in the Air Crash Investigation. PIA Teams were searching extensively for CVR aided by Airbus Team”.

An 11-member team comprising officials from Airbus and the French government are investigating the matter to trace the reasons behind the tragic incident.