PropTech: the inevitable digitization of real estate in Pakistan 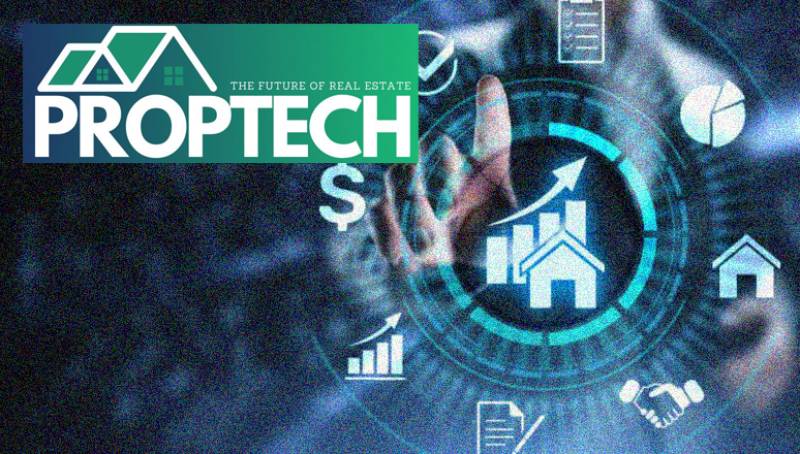 Simply put Proptech is the marriage between property and technology. It can be as simple as listing a property on an online marketplace, to as complex as breaking down a multi-story apartment complex into asset-backed tokens and trading them on a virtual exchange. Tech

enablement of real estate has been a revolutionary step towards user convenience and asset liquidity, whether the objective is to make capital gains or to own an asset.

Proptech is not a destination, but a journey. Broadly speaking there have been three major waves of revolution in Proptech powered by the pace of technology and its inclusion within real estate. The spectrum ranges as follows:

Proptech 1.0: PropTech 1.0 ranges roughly from 1982 with the introduction of Personal Computers and the launch of Autodesk.

Although real estate was one of the last few industries left majorly untouched by technological progress, the merger between technology and real estate is now in full flow. Globally, Proptech is in its second generation (PropTech 2.0) and, with the growing fame of virtual reality, IOT and cryptocurrencies, it is now heading towards the revolution.

Additionally, the world over, the boundaries between fintech (financial technology) and Proptech are increasingly blurring, giving birth to a service agnostic space called PropFinTech - but that is a topic for later.

Before delving into Pakistan’s Proptech picture, let’s first take a look at Pakistan’s real estate scene. Currently Pakistan ranks as the fifth most populous country in the world, with the bulk of its population under the age of 24 (a segment that will aim to become homeowners in the next decade), explosive urbanization and the increasing trend towards nuclear families, the demand for housing is increasing faster than the supply.

Looking at Graph A, As per the World Bank projections, Pakistan’s population is expected to grow to 302 million by 2040 (shown in the bar chart), however, as per the latest census the persons/ housing unit has fallen to 6.5 people in 2017 (shown by the blue line). Though the

However, the dilemma lies in access. Despite a burgeoning demand, real estate remains a far off dream for the many, and is booked by a select few. Let's look at the income and the savings of the average Pakistani household (pyramid below). Currently real estate is accessible to only 10% of the population, with average savings of Rs. 628,000 annually, while the remaining 90% remains alienated. Half of the population gets to save an average Rs. 30,000 a year, hardly enough to contribute towards a real estate capital gains investment.

In a nutshell, there are inherent pain points in real estate in Pakistan and the world over, which include:

● A lack of access: Real estate is a big ticket item, with property appreciation far

● Information Asymmetry: Ascertaining project cost and determining whether a project has

obtained the requisite planning approvals remains elusive. This in turn gives birth to

● Layer upon layer of intermediaries: The whole ecosystem is rife with middlemen from agents to lawyers to financial institutes to patwar khanas, all driving up the price tag.

With features like asset fractionalization, digital marketplaces and blockchain based ledgers, the proptech revolution can, with one fell blow, eliminate inefficiencies, empower access and foster financial freedom for investors in the country. Proptech has the potential to not only digitize butdemocratize real estate, expanding the privilege of home ownership and capital gains from the select few to the middle class.

In essence the state is eroding the monetary economic value of the individual, which makes it difficult to purchase or even develop sustainable real estate of good quality, creating not only vast economic inequalities but also substandard infrastructure.

While for the individual investor, Proptech 3.0 can enable asset ownership, on the other end it facilitates developers in raising equity finance by generating credit from within the system in a decentralized way, without the need for any external debt and eventual interest liability.

The bottom line is, with the increasing penetration of technology in our everyday life and the ubiquity of smartphones in Pakistan, the stage is all set for Proptech to solve the housing deficiency and usher in a new breed of property developers.

In Pakistan, PropTech companies have been springing up since the early 2000s. However, most of these companies still fall under the ambit of PropTech 2.0, if not Proptech 1.0. They are usually online marketplaces where agents list property ads (mostly used for rental purposes), rather than a platform where property developers and consumers connect, in a transparent ecosystem.

However, the space is slowly heating up as more and more tech-savvy companies are emerging in this space. Startups like DAO PropTech are harnessing the true potential of technology and offering a state-of-the-art technology-based platform that ensures full transparency and security.

On the one DAO Proptech is providing ownership options of diversified properties to the masses, while on the other hand it is raising interest free capital for developers working on unique real estate use-cases.

● IoT Integration: With the help of Internet-of-Things (IoT), futuristic properties can be controlled remotely and can acquire habits learned over time via artificial intelligence

● Digital Ecosystem: The digitization of properties and land records allows access to a global audience. It can also enable cross-border transfer of real estate to build greater

● Virtual Tours and Fintech: The introduction of technology also allows ideas that have never been carried out in the real estate sector before. This includes virtual tours, no need for paperwork, and raising finance through crowdfunding and fractional ownership.

The possibilities are endless, but there is still a long way to go for Pakistan to truly embrace and reap the benefits of Proptech. The upside is that most of the technologies that the system is built on have already been validated and strength-tested internationally. The need of the hour is legislation of innovative ownership options in Pakistan and the development of a conducive ecosphere for new startups to flourish and in doing so, usher in an era of financial freedom for the masses.