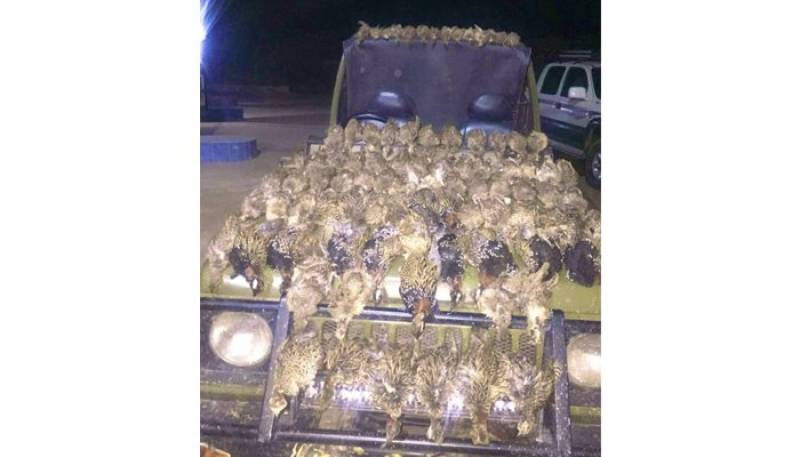 CHAKWAL – The Wildlife Department in Punjab has arrested two persons while taking action after a photo of 70 partridges being hunted and decorated on a jeep went viral on social media.

Assistant Director Wildlife Mirza Abid said that the two hunters were arrested for poaching the birds illegally, adding that the vehicle has also been impounded.

He said that the detained persons were later released after they paid a fine of Rs150,000 for illegal hunting.

A three-member committee has also been formed to probe the matter, the official said.