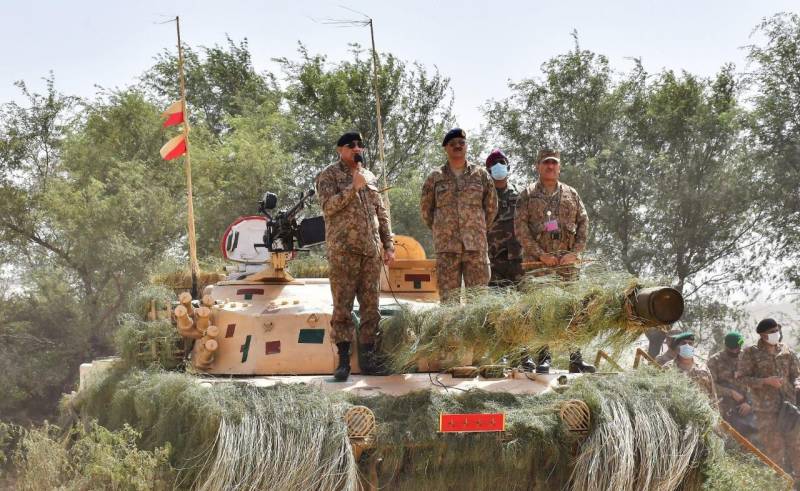 RAWALPINDI – Chief of Army Staff General Qamar Javed Bajwa visited HQ Southern Command Multan on Wednesday where he was briefed on operational training and administrative matters of the formation.

A statement issued by the Inter-Services Public Relation (ISPR) said Gen. Bajwa visited Kot Abdul Hakim to witness integrated training of strike corps troops busy in practising drills and procedures involving the crossing of major water obstacles as part of the offensive manoeuvres. The top Pakistani commander also interacted with the participants of the exercise.

Speaking on the occasion, Gen. Bajwa said that such exercises had enhanced the confidence of Pakistan Army personnel and honed professional skills for enhancing their optimal combat potential.

He said Pakistan Army was a well-trained and battle-hardened cohesive force ready to take on any challenge confronting the defence and security of Pakistan.

He went on to say that only a well-trained army equipped with future battlefield technologies could safeguard the sovereignty and territorial integrity of the country.