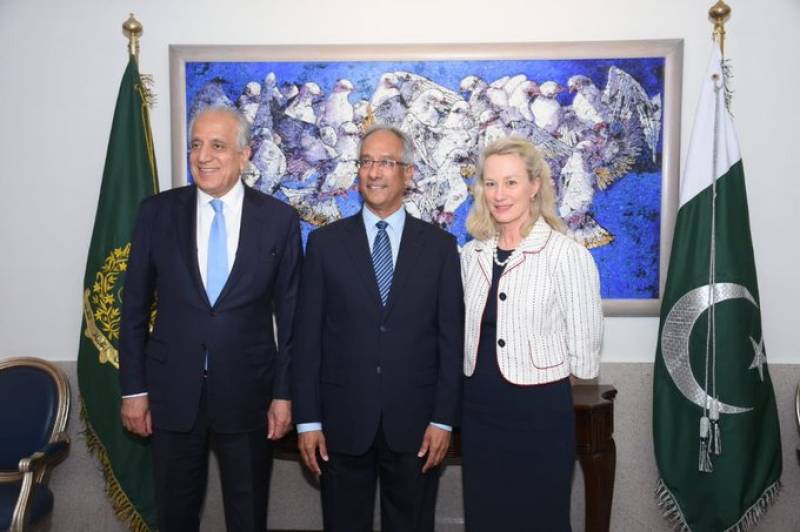 ISLAMABAD – Delegation level talks between Pakistan and the United States on regional security situation with particular reference to Afghanistan are in progress in Islamabad, according to the state broadcaster.

Pakistani side consisting of inter-agency delegation is being led by Additional Secretary, Americas Aftab Khokhar while the US side by US Special Representative for Afghan Reconciliation Zalmay Khalilzad and Principal Deputy Assistant Secretary of State, South and Central Asia, Alice G Wells. 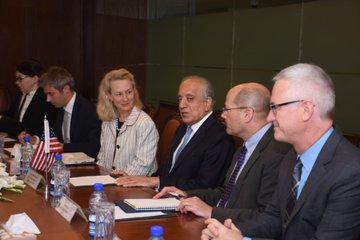 The two sides are discussing bilateral relations and the Afghan reconciliation process.

In a tweet earlier today, Foreign Office Spokesperson Dr Muhammad Faisal said the US delegation will hold meetings with Pakistani authorities as part of regular consultations on bilateral relationship and Afghan peace process.

Speaking ahead of his departure for Islamabad, Khalilzad said that any peace agreement with the Afghan Taliban would depend on the declaration of a permanent ceasefire and a commitment to end the country’s long war.

In an interview with Afghan television, he said the United States is seeking peace and political settlement in Afghanistan and that the withdrawal of foreign forces will be based on conditions.

The US special envoy said there have been good developments in talks with Taliban on the US forces withdrawal from Afghanistan, counter-terrorism assurances, ceasefire and their direct talks with Afghan government.