Do omens matter in our politics? 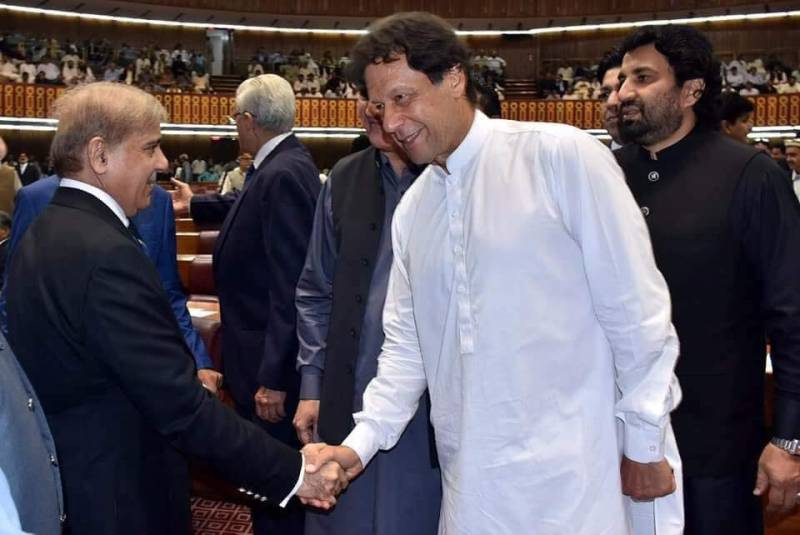 Is it all about omens (good omens), in fact, that Imran Khan has emerged on the landscape of traditional politics as a political icon, nay political icon (oclast) who believes in breaking the old traditions and setting new ones (as per his oft-repeated pronouncements)? Or is it just the magic of "unpolluted, untainted" mandate given by the people of Pakistan in all the four provinces that has enabled PTI to bag about 17 million votes, 10 million more than the previous count?

On the face of it, some omen did augur well in his case as well as in the case of his party, Pakistan Tehreeke Insaf, given IK’s timely move to enter the realm of spiritualism. There are still many people in this part of the world who believe in good and ill omens which, according to them, keep on playing their role in bringing about changes and upsetting the status quo.

Now the question arises how long should we prolong these debates? Hasn't the time come for everyone to get down to serious work, spiritualism or no spiritualism? Haven't we had enough of hair-splitting, nauseating discussions, accusations and counter-accusations? Now is rather the time for ‘all hands on deck’ without taking refuge in our overly guarded compartments named PML-N, PTI, PPP and whatever.

Now, none of the elected parliamentarians is an Insafian, a Leaguer or a Jiala. Collectively, all the MPs are carriers of public mandate or public trust irrespective of the fact whether some of them returned to power or went into Opposition.

As such, these members of parliament ought to conduct the parliamentary business as representatives who owe it to the people of Pakistan. Serious legislative work is the need of the hour with a focus on meeting economic challenges and governance issues.

The country just can’t afford lopsided governance anymore. Of course, there is an urgent need for bidding goodbye to the traditional style of governance but the question arises whether iconoclasm is all about abandoning protocol or the palatial and spacious Prime Minister’s Houses or Governor’s Houses etc etc?

Is Khan clear about the concept of non-traditional politics or is it just an attempt to look unique and altogether different from his political archrivals Mian Nawaz Sharif and Mian Shehbaz Sharif?

Administrative science pundits suggest that it is always a better option to toe a line that carries solid, quick relief and benefits for the masses in distress, even though that line is pursued by staunch political opponents.

While the think tanks, analysts and politicians are crying hoarse over this issue, a strange debate has been generated in the society especially after Imran Khan's tirade- and crusade- against alleged corruption done by the political heavyweights who have had their slice of the cake to the brim for the last so many years.

This crusade and the concomitant themes of merit and anti-corruption are good and have also earned widespread acceptance in the society but too much stress and emphasis on merit, honesty and 'purity' gives the impression as if we were heading towards or striving for a puritanical society which is (imaginarily) inhabited by programmed machines (or perhaps zombies) with no mental leverage or grey matter to digress, differ or deviate.

I beg of the political top notches and my media colleagues to tread a pragmatic- and not a utopian- path.

Don't please deprive this romantic society of the romance of living. Humans are animate, living beings. Nature has bestowed upon them certain freedoms and as for ups and downs, good or bad, they are just but natural.

Won't living like a programmed machine ("on merit" in a "depoliticized" system) turn the Pakistani existence into a framework that can be likened to a flat line (of death) on a health monitor?

For God's sake, let us say goodbye to this mad idealism. I am most often amused over the passionate slogans like 'depoliticization'. If police are to be depoliticized, there is an equal need to remove the sting (and clout) of other influentials, I mean other than the politicians who are also in the habit of making 'safarishes' for getting their buddies appointed on desired (or 'desirable') positions.