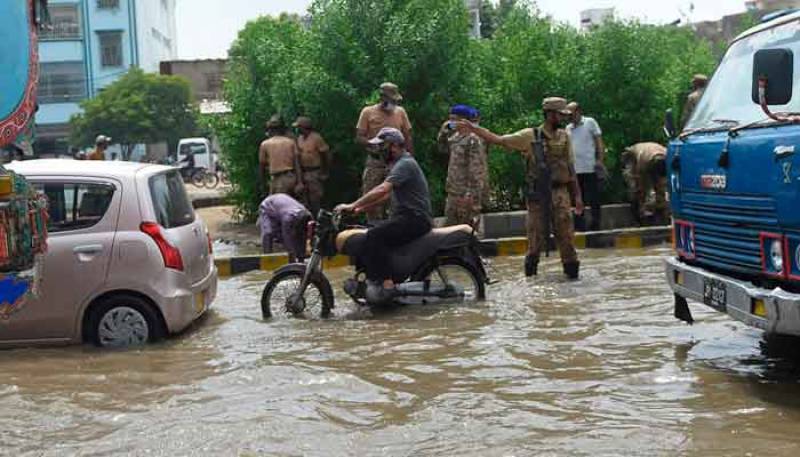 KARACHI - Rescue and Relief activities by Pakistan Army and Pakistan Navy is underway in Karachi, which is suffering after heavy rain fall caused urban flooding, power outage, and disruption to traffic flow.

According to Inter Services Public Relations (ISPR), Shahrah-e-Faisal and COD underpass have been cleared for traffic by army engineers while efforts are underway to clear KPT underpass.

The military’s media wing further said that mobile teams are distributing ration and other items of basic necessity to people while process of dewatering affected areas is also underway.

With the cooperation of civil administration, 32 emergency medical camps and 56 relief camps have been set up in different areas of Karachi.

Cooked food is being provided to people stranded in affected areas after rains, it said, adding that three army field medical centres have been established in Qayyumabad, Sirjani and Saadi Town.

The ISPR further said that army doctors and medical staff are providing medical facilities to people.