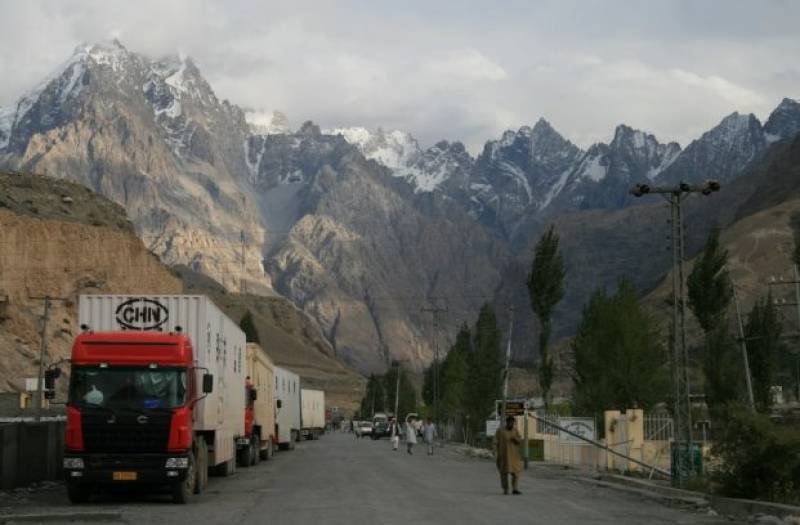 BEIJING – With the construction of the China-Pakistan Economic Corridor (CPEC) and Pakistan’s domestic economic growth, the trade volume surged this year at a major border port between China and Pakistan.

Cargo import and export reached 66,600 tonnes in the first 11 months at Khunjerab Pass in northwest China’s Xinjiang Uygur Autonomous Region, up 46.8 percent from the same period last year. Trade volume increased by 1.4 times to 5.99 billion yuan (around 856.3 million U.S. dollars) during the same period, according to a report of China News Network on Sunday.

About 5,000 meters above sea level, Khunjerab Pass is a major trade port between China and Pakistan, and an important gateway to South Asia and Europe.

The authorities at Khunjerab Pass said they will continue to increase customs clearance efficiency to facilitate trade in the future.

Urumqi customs statistics show that from January to November 2019, the total value of imports and exports from Xinjiang ports to Pakistan was 5.5 billion yuan, an increase of 1.2 times compared with the same period last year. Among them, exports to Pakistan were 5.49 billion yuan, an increase of 1.3 times, mainly in textiles, apparel, and mechanical and electrical products.

With the CPEC Project, China and Pakistan can achieve comprehensive connectivity, diversification and mutual benefit. It is not only a model project and flagship project of China’s “Belt and Road” initiative, but also provides an important opportunity for the development of Pakistan.

In recent years, the flagship project of Belt and Road Initiative has driven a large number of major infrastructure projects such as energy, electricity, roads, and railways, injecting a source of power into the development of China-Pakistan trade.

Xinjiang, as the core area of “the Silk Road Economic Belt”, is promoting the interconnectedness between China and Pakistan and driving the economic and geographical advantages of the regions along the route.

It is understood that the main trade port between Xinjiang and Pakistan is Hongqilafu Port in Ta County, Kashgar Region. This port is the only land entry and exit passage between China and Pakistan, and also an important gateway to the South Asian subcontinent and even Europe.

From January to November, the import and export of Hongqilafu port to Pakistan was 5.2 billion yuan, an increase of 1.3 times, accounting for 94.5% of the total value of Xinjiang port to Pakistan trade during the same period. Large-scale engineering construction has driven exports of machinery and equipment, road and bridge construction equipment, Pakistan’s agricultural recovery, the healthy development of the service industry, and large-scale manufacturing output.

At present, the construction of the corridor is in the stage of substantial expansion in pursuit of high-quality development. This project is a sign of a high degree of China-Pakistan development strategy.

Pakistan is a key node in the process of China’s going west. Urumqi Customs will continue to increase port construction, serve key engineering projects, and improve customs clearance efficiency, laying a good foundation for the construction of the “China-Pakistan Economic Corridor”.