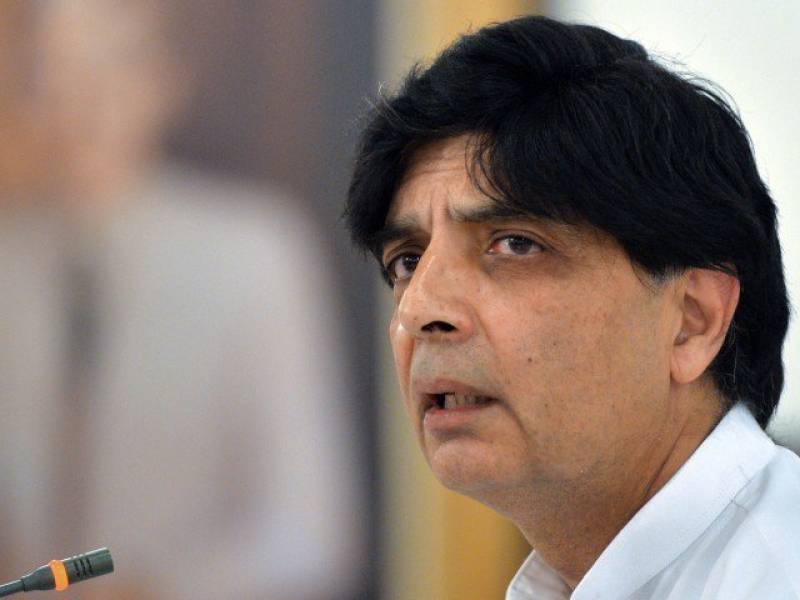 LAHORE - The Lahore High Court (LHC) on Tuesday issued notices to former interior minister Chaudhry Nisar Ali Khan (MPA-elect) on a petition seeking directions for de-notifying him for not taking oath as a member of the Punjab Assembly.

Earlier, the petitioner's counsel argued that Nisar Ali Khan was elected as MPA from PP-10 Chakri in 2018 general elections but he did not take the oath of his office despite the lapse of more than six months. He contended that the act of not taking an oath by an elected parliamentarian amounted to depriving the people of the constituency of their right to representation and a violation of Articles 2-A, 17 and 25 of the Constitution.

The counsel further contended that rule 6 of the Rules of Procedure and Conduct of Business in the National and provincial assemblies to the extent of not providing a time limit for taking the oath was also ultra vires of the Constitution.

He asked the court to declare the impugned rules of the assemblies null and void for not carrying a time frame of oath taking, de-notify Nisar Ali Khan for not taking the oath of his office and order a fresh election in the constituency.

At this, the court issued notices to the respondents and sought reply while adjourning the further hearing.