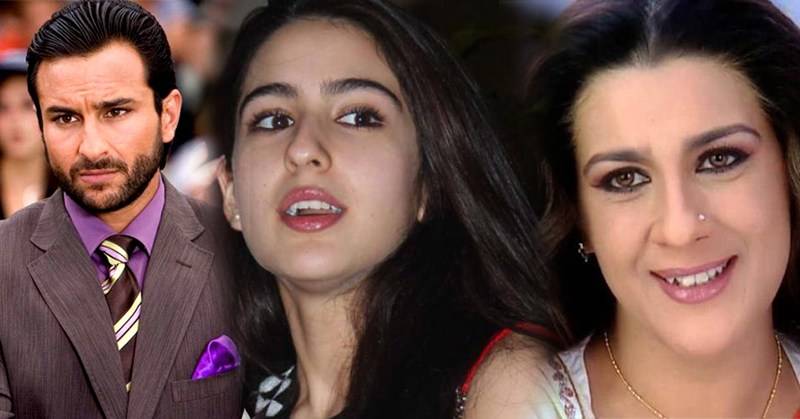 MUMBAI: Bollywood superstar Saif Ali Khan got scolded by his ex-wife Amrita Singh after the Phantom actor said that he supposedly expressed his nervousness at the decision of his daughter Sara Ali Khan choosing acting as a profession.

According to media reports, Saif's ex-wife Amrita was not thrilled when he publicly chose to make the statement that he was nervous about Sara's decision of choosing acting as her career.

Saif's daughter will be seen making her debut in Abhishek Kapoor's Kedarnath with Sushant Singh Rajput in lead; this is as opposed to media rumors which stated that she would be launched into the acting world by Karan Johar under his banner Dharma Productions.

Reportedly, Saif received a good thrashing and piece of mind by Amrita after she rang him up. "She told him it was an irresponsible thing to say considering Sara is about to embark on a film career. Saif didn’t want to be dragged into an argument, so he mumbled that he was ‘quoted out of context’ and calmed down his former wife," the source added.

Whether or not this is true yet remains to be proven. However, the Bollywood actor did take the stage to provide a clarification days later regarding the comments he had earlier made regarding Sara.

"Of course, she is an actress, she belongs to a family of artistes, which is great, but I am still a little concerned for her as it is an unsure profession. Because I love her, I worry for her. That’s all I am saying. Is that clear? People write things like, ‘He doesn’t know what he is saying. He doesn’t know his mind.’ I find that annoying." Saif said.