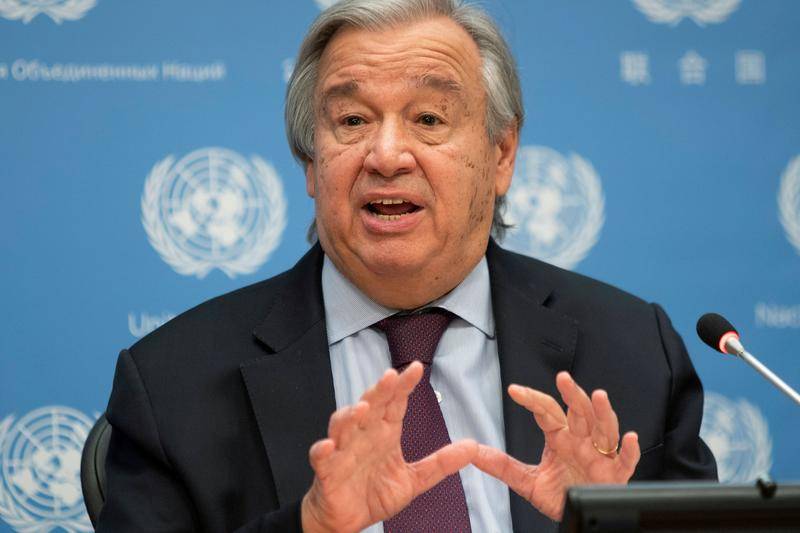 UNITED NATIONS – United Nations Secretary-General Antonio Guterres called upon the BJP-led Indian government to take preventive measures to protect children, by ending the use of pellets against them in Indian Occupied Kashmir.

Guterres, while expressing concerns over ‘grave violations’ in Indian Occupied Kashmir, urged to stop all forms of ill-treatment in detention.

The statement was made by the UN chief in the annual report on Children and Armed Conflict, which was launched last week. It stated that ‘I remain concerned by grave violations against children in Jammu and Kashmir and call upon the government to take preventive measures to protect children, including by ending the use of pellets against children, ensuring that children are not associated in any way to security forces, and endorsing the Safe Schools Declaration and the Vancouver Principles.’

It further reads that ‘I am alarmed at the detention and torture of children and concerned by the military use of schools and I urge the Indian government to ensure that children are detained as a measure of last resort and for the shortest appropriate period of time, and to prevent all forms of ill-treatment in detention.’

Wars are always started by adults – yet it is children who often face their most tragic consequences.

Last year, we identified almost 24,000 grave violations against children during conflict. This is shocking and heartbreaking.

Children must be protected at all times.

He also urged the India to ensure the implementation of the Juvenile Justice (Care and Protection of Children) Act, 2015, to address the use of children for illegal activities and the situation of detained children.

A UN report cited that a total of 39 children including 33 boys and 6 girls, were killed across the Line of Control. In an open UN Security Council debate on Monday on Children in Conflict, held virtually, the UN chief said that disregard for children’s rights amid war and upheaval ‘is shocking and heartbreaking.’

The UN chief also urged warring parties to prioritize the prevention of violations against boys and girls and called on countries to support their protection at all times. ‘There is no place for children in conflict, and we must not allow conflict to trample on the rights of children’, he added.

India has deployed at least 50,000 additional troops equipped with heavy artillery and fighter jet squadrons on its ...