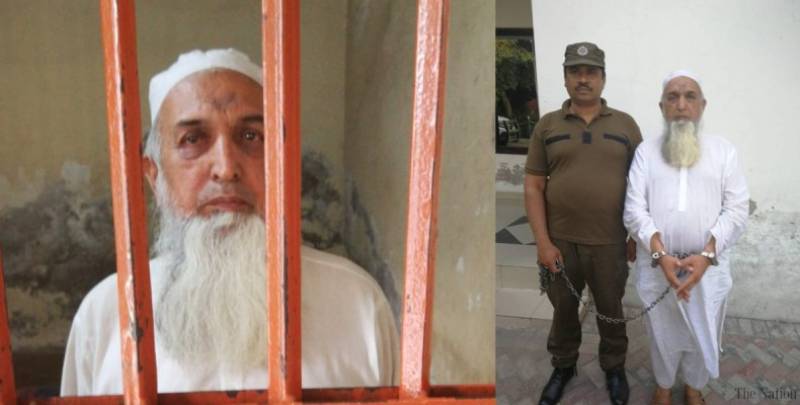 Police had earlier claimed that the accused confessed to his crime of abusing the seminary student. In the latest development, the police produced Mufti Aziz before the area magistrate Shahid Khokhar to record his confessional statement under 164 CRPC.

Aziz, during the court hearing, told the court that the seminary administration conspired against him and the law enforcers were pressurizing him for a confession. Earlier, the police had produced Mufti before the magisterial court of Rana Rashid, who had sent him on judicial remand of 14 days, directing police to submit challan against him on the next hearing.

After recording his statement, the magistrate sent the accused on judicial remand for 14 days. The court also sought a report from the police on the challan of the case at the next hearing.

LAHORE – Mufti Aziz-ur-Rehman who was arrested for sexually abusing a seminary student has confessed to the ...

On June 17, he was booked on charges of sexual assault and criminal intimidation on the complaint of a student of Jamia Manzoorul Islam, Lahore.

Earlier, DIG investigations while speaking with a news outlet that the Rehman had confessed he had made the student a target. The cleric added that he was scared once the video went viral on social media and his sons had attempted to threaten the student and stop him from mentioning the incident to anyone, the senior official said.