Hareem Shah clears the air about her marriage in latest video 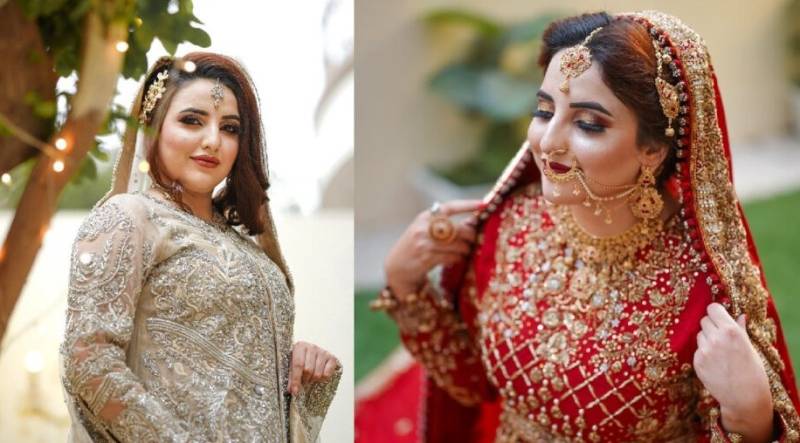 ISLAMABAD – The marriage announcement of Pakistani controversial TikToker Hareem with an anonymous PPP leader sends the internet into a frenzy as lawmakers and the media were intrigued to unearth the identity of the groom whose hand was pictured in the post.

The controversial social media sensation took to her official Instagram to address the speculations about her ‘mysterious’ husband who she claimed as a PPP lawmaker.

Expressing displeasure in the recent clip, the 29-year-old asked social media users ‘not to associate her name with any politician as she had never been in a relationship with anyone before.’

Commenting on her collaborations with people from all (different) walks of life she said that all the people I have been making videos just for promotion and it does not make any sense to have any kind of relationship with all these political figures.

She further urged social media users and news outlets not to share any of her photos with any politician. ‘I would have definitely announced it if I had in a relationship with anyone before this,’ she can be heard saying in the recent clip.

On Monday, news channels, social media pages, and a large number of netizens were curious to know who Hareem Shah has married however Shah is bent on keeping it a secret.

Speaking with a news channel about the reason for keeping it under wraps, the TikToker said ‘I would have disclosed the name immediately, If it were up to me, but its my husband who wants to keep it a secret until he persuades his first wife.’

She further revealed that ‘The husband is a member of the Sindh Assembly and a provincial minister adding that they tied the knot in a small ceremony attended by our close friends.’

TikTok star Hareem Shah definitely knows how to make headlines with peculiar actions that hit a nerve amongst the ...