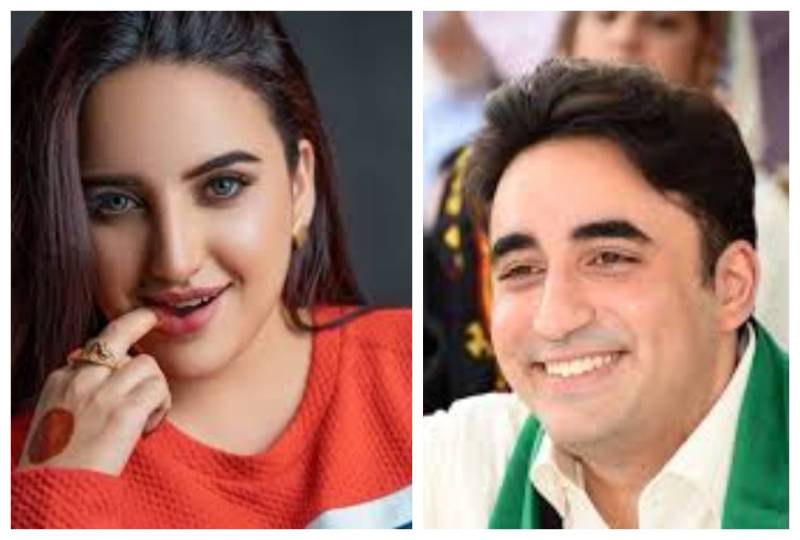 TikTok star Hareem Shah definitely knows how to make headlines with peculiar actions that hit a nerve amongst the masses.

With her declaration of love, Shah's lip-syncing video to song Tum chala ao paharon ki kasam for the young PPP chairman has left the masses shocked.

Taking to her Instagram handle, the controversial star posted a video as she dedicated it to Bilawal alongside dribbling the picture of the 32-year-old politician.

It is to be noted that this is not the first time Shah has expressed her adoration for Bhutto.

Earlier, Shah confessed that she like Bilawal Bhutto but couldn't marry him.

Shah amassed over five million followers on TikTok last year and was among the leading voices objecting to the short-lived ban on the app. She stirred controversy after being linked to various politicians, including Sheikh Rasheed and Farooq Sattar.