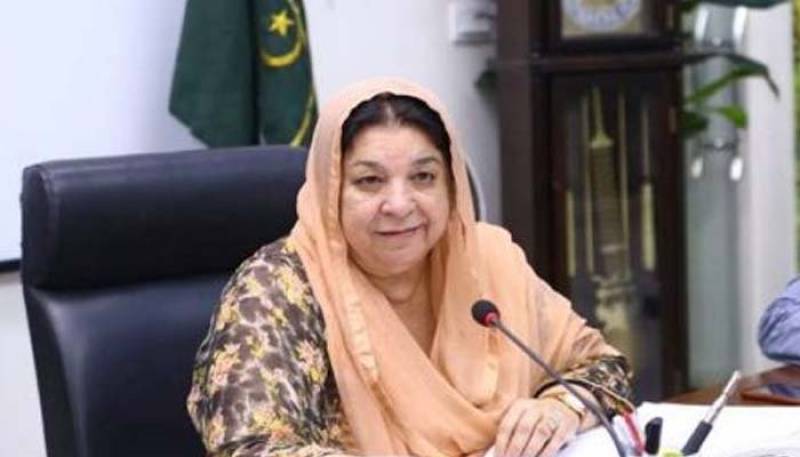 LAHORE – Punjab's health minister has maintained her daughter Dr Ayesha Ali was appointed "on merit" as an assistant professor in King Edward Medical College and the matter is being scandalised for political reasons.

“An explanation has already been issued, still if someone has doubts, he or she can contact the vice-chancellor for further explanation,” Dr Yasmin Rashid said on Friday.

“I don’t know why the appointment is being needlessly scandalised. Ayesha’s sole fault is being my daughter. We should encourage doctors serving abroad to work in their homeland,” the Punjab minister said while responding to media reports questioning her daughter's appointment.

Interestingly, Dr Ayesha Ali has been appointed on a permanent basis, while new appointments are usually made on a contract basis. Immediately after her appointment on January 12 this year, she took ex-Pakistan leave from duty and flew to London to join her job where she already earns a salary equivalent to millions of rupees.

LAHORE – New departments have been created in King Edward Medical University (KEMU) to facilitate the daughter of ...